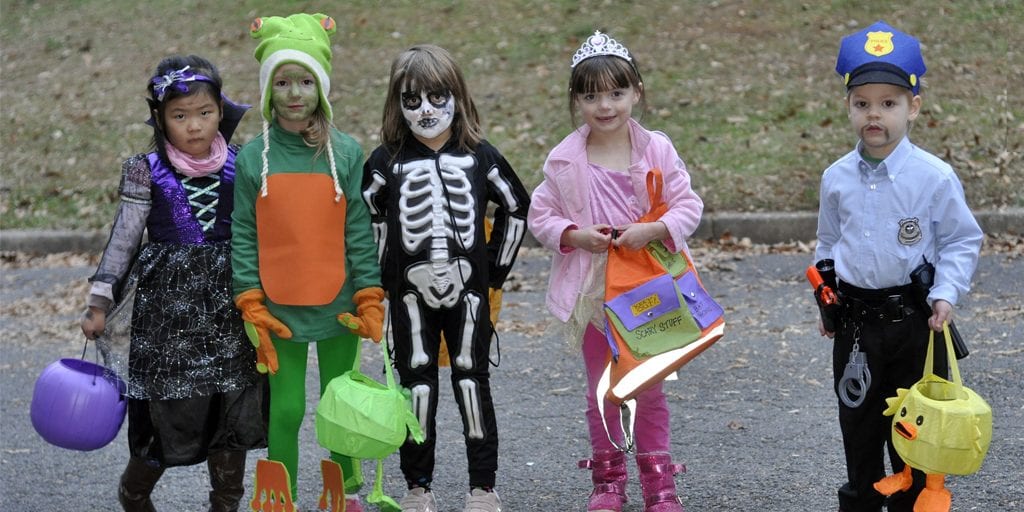 A study has revealed that this year Halloween costumes bought in the UK will contain 2,000 tonnes of plastic – waste equivalent to 83 million plastic bottles.

Hubbub and the family nature charity Fairyland Trust investigated 324 clothing items sold by 19 retailers and have found that 83 percent of the material used for Halloween costumes was oil-based plastic, with polyester making up 69 percent of the total of all materials.

Based on the results, the charities have predicted that the plastic waste generated will be equivalent to 83 million plastic bottles, more than one per person in the UK.

Hubbub’s chief executive Trewin Restorick said: “These findings are horrifying. The amount of plastic waste from Halloween costumes is similar to the weight of plastic waste generated at Easter in egg-wrappings.

“However, the total plastic waste footprint of Halloween will be even higher once you take into account other Halloween plastic such as party kits and decorations, much of which are also plastic, or Halloween food packaging, most of which quickly becomes ‘rubbish’ and ultimately, breaks down to be plastic pollution.

“Retailers must take greater responsibility to offer ranges for seasonal celebrations that don’t worsen the already worrying impact of plastic waste on our planet.”

Research by Hubbub in 2017 estimated that 33 million people dressed up for Halloween and 40% of those costumes were worn only once.

The charities have therefore urged families to choose their costumes conscientiously keeping the impact their choices have on the environment in mind.

Apart from encouraging people to create their costumes from existing or second-hand clothing, the charitable organizations are also requesting manufacturers and retailers to limit plastic in their ranges and provide customers with environmentally-friendly options.

Chris Rose, from the Fairyland Trust, said: “The scariest thing about Halloween is now plastic. More costumes are being bought each year as the number of people participating in Halloween increases.

“Concerned consumers can take personal action to avoid buying new plastic and still dress up for Halloween by buying from charity shops or reusing costumes to create outfits, or making their own from non-plastic materials.”

Paula Chin, sustainable materials specialist at WWF, said: “There is nothing scarier than our throwaway culture.

“By reducing the amount of plastic we buy, embracing reusable items and taking responsibility for our waste, we can make sure Halloween is suitably spooky and sustainable.”

How do you plan to make this year’s Halloween environmentally friendly? Share your suggestions in the comments section below!