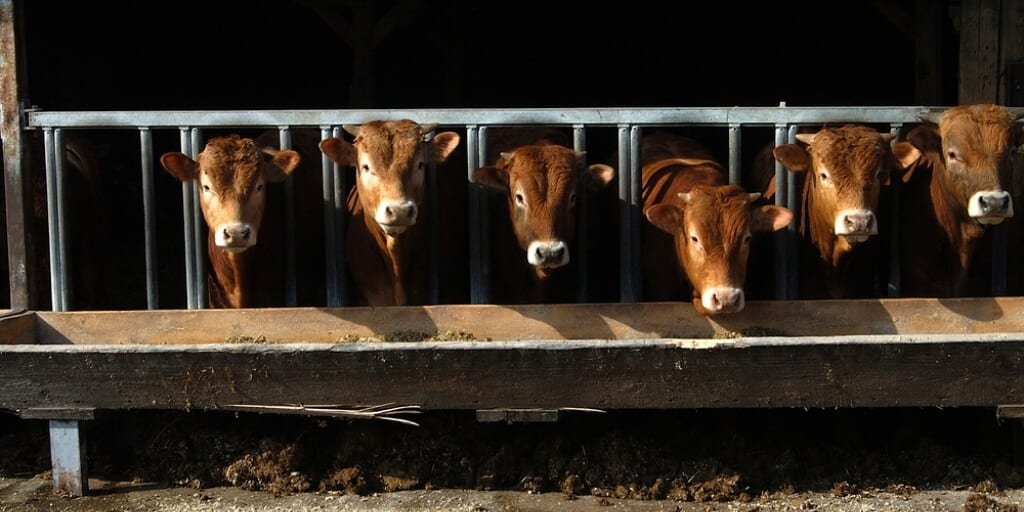 “The cases seen in this investigation are not isolated to just one slaughterhouse or just one intensive farm, but are the reality of the cruelty that underlies the whole livestock industry.”

A five-month investigation of UK’s dairy practices has exposed one of the darkest and most neglected aspect of the industry – calf trade.

It showed calves as young as nine days old being kicked, beaten, and deprived of food and water for long periods.

Since regulations prohibit the dairy industry from the on-farm shooting of male dairy calves, centres like Oaklands play an integral role in UK’s calf trade as they facilitate the exploitation of the vulnerable babies that have little commercial value, by eventually transporting them to slaughterhouses to be sold for veal, beef or leather.

In its first-of-its-kind investigation, AJP filmed calves picked up from dairy farms supplying milk to Sainsbury’s, via dairy giant Müller.

The helpless unweaned animals were also left starving and thirsty for as long as 21 hours.

“This dealer was caught on camera brutally abusing calves and leaving them for many hours with no food or water – yet, naturally, these babies would still be with their mothers, drinking her milk constantly,” Animal Justice Project founder, Claire Palmer, said.

She added: “Some 65,000 calves were slaughtered last year because they were deemed ‘waste’ products by the dairy industry.”

“[Calves] are exposed to conditions which cause them stress, pain and inevitable suffering,” Molly Vasanthakumar, Bachelor of Veterinary Medicine and Surgery MRCVS said after viewing the gruesome video.

“The cases seen in this investigation are not isolated to just one slaughterhouse or just one intensive farm, but are the reality of the cruelty that underlies the whole livestock industry.”

Following the expose, Müller Milk & Ingredients said it had instructed its dairy farmers not to supply young bull-calves to Oaklands.

Sainsbury’s said: ‘We have processes in place to prevent these unacceptable practices and we are urgently investigating.’

“The footage serves as a stark reminder that the dairy industry has no ethical solution for unprofitable male calves,” AJP said.

“Ultimately, the solution to their problem lies with the consumer, and we urge them to ditch dairy and choose instead, more compassionate plant-based alternatives.”