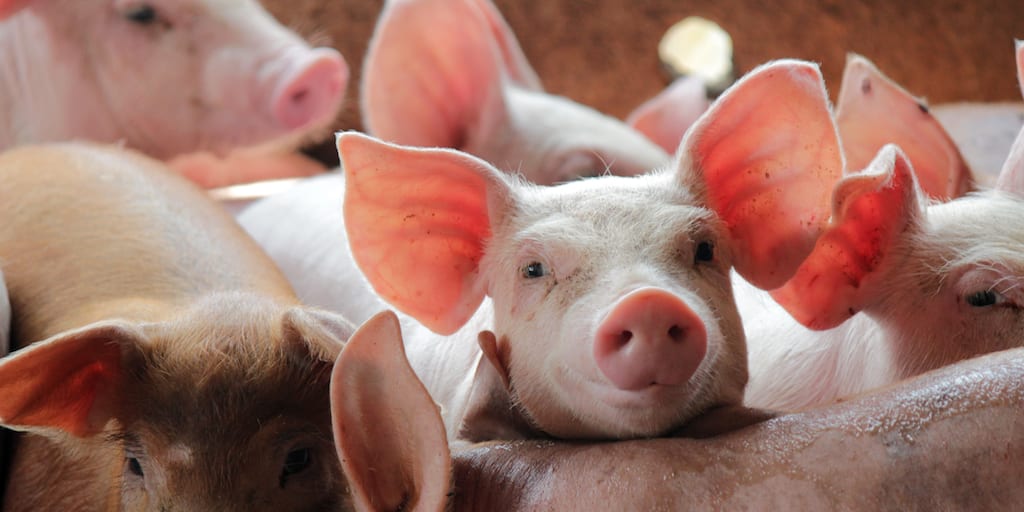 The number of animals being slaughtered in the UK is on the rise despite a rapid rise in veganism.

While consumers turn their backs on meat and more people adopt plant-based, vegetarian and flexitarian diets than ever before, farms are turning to overseas markets and have even managed to upscale operations.

Latest figures from the Department for Environment, Food and Rural Affairs reveal that 28.8 million farm animals were killed last year – up 5.4 percent on figures for 2017.

The figures reveal the shocking scale of killing despite the trend away from meat in the UK. 78,900 cows, sheep and pigs were killed in 2019, up from 74,800 two years before.

According to the Association of Independent Meat Suppliers (Aims) which deals with half of the nation’s slaughterhouses, the increase is due to a spike in suppliers cashing in on overseas markets.

A spokesperson told The Independent: “From an Aims perspective, the increase is due to increased export sales across red meat, and in particular pork.

“Increased tonnage was sent as a result of their outbreak of African Swine Fever (ASF) which decimated the Chinese pig population during 2019.”

Global meat production fell into decline for the first time in decades in the last few years, partly due to ASF, and despite a growing public concern for animal welfare and impact of meat on the environment, companies in the UK have increased their output.

The National Pig Association said the reason for the increase was due to increased consumer demand.

An outlook report by the OECD-FAO found that pig meat consumption in China, Japan, Korea, and Vietnam is set to rise.

But in Europe, meat consumption is widely expected to decline due to rapidly changing consumer behaviour.

Veganuary has been a huge success again in 2020, smashing its targets and reaching 400,000 signups for the month-long plant-based challenge.

The plant-based movement also saw a huge victory in the UK at the start of this year, as veganism was protected as a philosophical belief akin to religion and is now legally protected against discrimination.

With the growth of the internet and social media, slaughterhouses have nowhere to hide and activists relentlessly reveal horrific treatment of animals.

Even farms posing as ethical businesses under the term ‘free range’ have been under fire and exposed for abusive practices which are widespread in the industry.

Sadly for animals in the UK, businesses are offsetting this changing consumer mentality by targeting countries in which meat eating is still on the rise.

But activists remain buoyant about the state of affairs for veganism and animal welfare in the UK.

A spokesperson for the Vegan Society said in a statement the organisation is “very optimistic” about the future of veganism despite “saddening” reports of increased killing in the UK.

“Veganism has made its way out of specialist health stores and into mainstream supermarkets, with more people cutting down on their meat, dairy and egg consumption,” the spokesperson said.

“There’s admittedly a long way to go before the world turns vegan, but we are very optimistic about the future of veganism thanks to the growing awareness and all the wonderful alternatives to animal products being launched.”

What do you think of UK slaughterhouses targeting overseas markets? Share your thoughts in the comments section below!