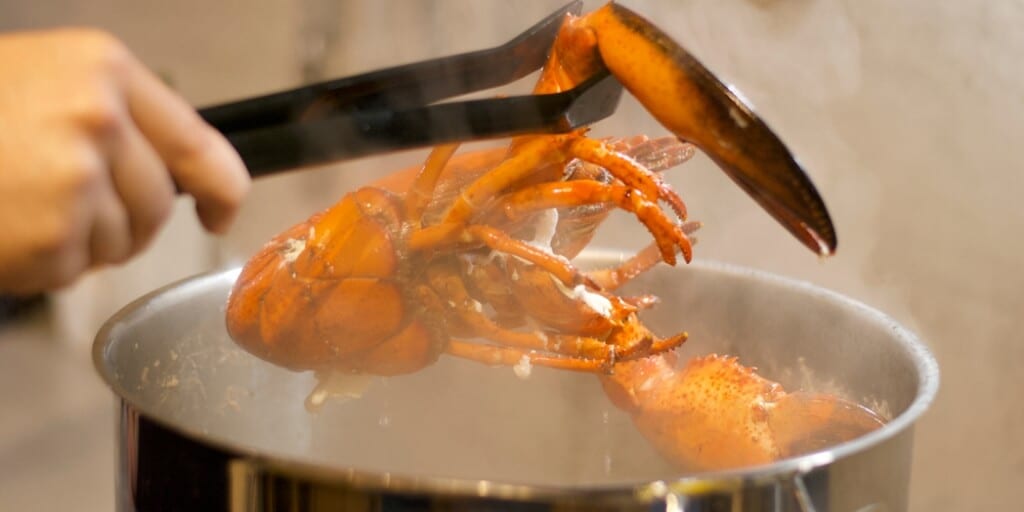 “The science is now clear that decapods and cephalopods can feel pain and therefore it is only right they are covered by this vital piece of legislation.”

It will soon be illegal to boil live crustaceans like shrimp and lobster and cephalopod molluscs which includes squid and octopus in the UK.

This comes after research done by the London School of Economics and Political Science (LSE) found strong scientific evidence after reviewing over 300 scientific studies showing that crabs, lobsters and octopus all experience pain.

This means the upcoming Animal Welfare (Sentience) Bill would be amended to grant greater protection to these creatures.

Vertebrates, animals with a backbone, are already classified as sentient beings in the animal welfare legislation.

‘Decapods and cephalopods can feel pain’

“The Animal Welfare Sentience Bill provides a crucial assurance that animal well being is rightly considered when developing new laws. The science is now clear that decapods and cephalopods can feel pain and therefore it is only right they are covered by this vital piece of legislation,” Animal Welfare Minister Lord Zac Goldsmith said.

The report also included best practices for the transport, stunning and slaughter of decapods and cephalopods. It also advised against crab declawing, selling live crabs and lobsters to untrained, and non-expert handlers.

However, there is speculation about how many recommendations will be implemented since   a statement released by the UK government states that report findings “Will not affect any existing legislation or industry practices such as fishing.

“There will be no direct impact on the shellfish catching or restaurant industry. Instead, it is designed to ensure animal welfare is well considered in future decision-making.”