UK tofu sales surged by 82% during the lockdown 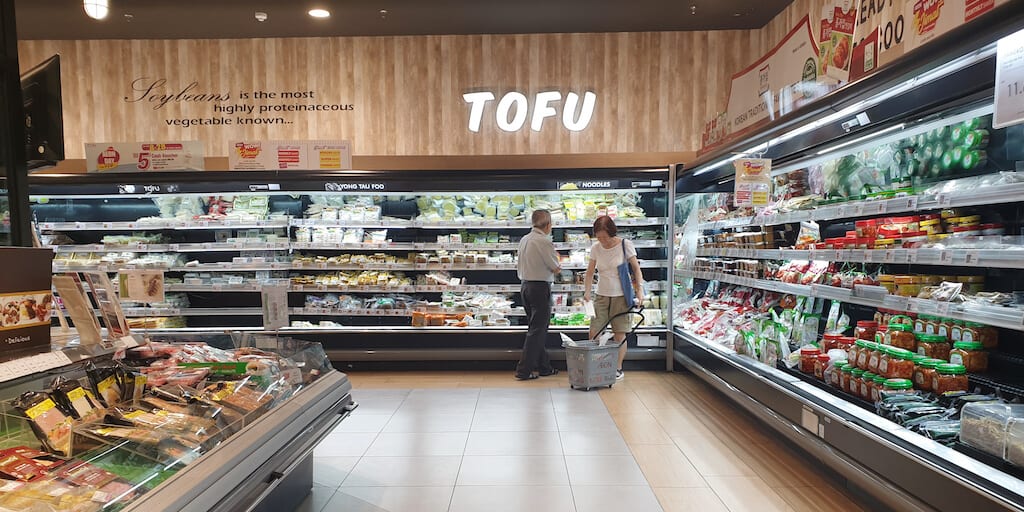 ‘It’s no surprise that many consumers have switched to plant-based alternatives during the COVID-19 pandemic, whether that be for convenience, cost, or concern for their own wellbeing, the environment and the rights of animals’

Data from consumer insight company Kantar Worldpanel showed an 81.7 percent increase in the UK sales of tofu during the 12 weeks leading to June 2020.

Demand for other vegan products increased as well; while vegan mince sales increased by 50.1 percent, plant-based sausages spiked by 21.3 percent, and animal-free burgers shot up by 37 percent.

COVID-19 and the plant-based market

The rise in the sale of plant-foods reflects the Vegan Society’s survey conducted earlier this year, which revealed that over 13 million Brits have admitted to eating less meat and around 10 million said they have reduced their dairy/egg intake over the lockdown period.

The survey highlighted that while many initially opted for plant alternatives because of their preferred product not being available on the supermarket shelves, 50 percent of those who tried the vegan alternatives said they intend to keep on purchasing the meat alternatives even after the lockdown ends.

The increase in sales has also been driven in part by the increased availability and accessibility of meat alternatives in the market prompting many consumers to switch to plant-based and flexitarian diets.

“After the unprecedented success of Veganuary and the swathes of new vegan products hitting the shelves in recent months, it’s no surprise that many consumers have made the switch to plant-based alternatives during the COVID-19 pandemic, whether that be for convenience, cost, or concern for their own wellbeing, the environment and the rights of animals,” The Vegan Society spokesperson Matt Turner said in a statement.

“Many Brits are trying these alternatives for the first time and enjoying them so much that they intend on keeping them in their shopping basket when we return to normal times.

They are purchasing items that they wouldn’t have given a second look a few months ago, but are now seeing these brilliant vegan alternatives as the new normal.”

Major supermarkets and retailers have also witnessed a spike in the sales of plant-based products.

Sainsbury’s reported double-digit growth in its plant-based and meatless line.

“We’ve seen a boom in plant-based and meat-free products during lockdown as Sainsbury’s customers have taken the time to be more experimental and diversify their food choices,” said a spokesperson.

Tesco added more than 30 new plant-based items to its Wicked Kitchen and Plant Chef ranges in June, including barbecue, Asian-inspired and meal kits.

According to Tesco’s plant-based buying manager: “The demand [ for plant-based innovation] has grown at an astounding rate and will most likely continue as more and more consumers become environmentally and health conscious.”

According to Waitrose, consumer interest in plant-based products has increased dramatically. It said its website searches for vegan bacon surged by a staggering 759 percent. the retailer has also seen a 30 percent increase in vegan product sales year-on-year. While sales of vegan mince and balls have shot up 150 percent, oat milk sales are up 113 percent.

Share this story: UK tofu sales surged by 81% during the lockdown.