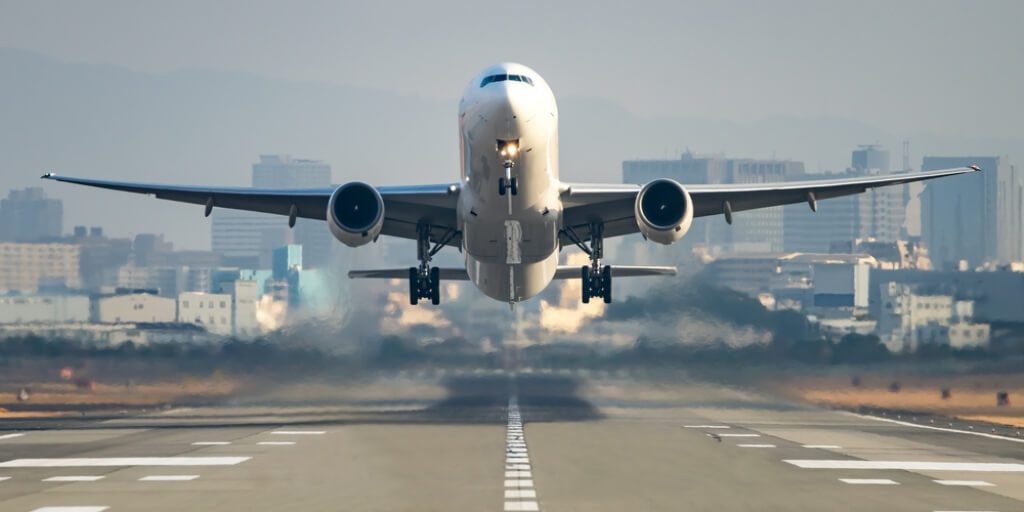 The project showcases “the huge potential of liquid hydrogen powered aircraft as the UK drives for a cleaner and greener air travel future”.

A UK-backed research group has unveiled a design for a liquid hydrogen-powered airliner.

According to the group behind the ‘FlyZero’ project, the plane could enable passengers to one day fly anywhere in the world with no carbon emissions.

The £15m project is funded by the government and was unveiled by the Aerospace Technology Institute (ATI) ahead of the fourth meeting of the Jet Zero Council, which is chaired by Transport Secretary Grant Shapps.

The design is a midsize aircraft powered by liquid hydrogen. It is capable of flying 279 passengers halfway around the world non-stop or anywhere in the world with just one stop to refuel.

“This means that a zero carbon, non-stop flight could be operated between London and San Francisco, or that passengers could fly around the world from London to Auckland, New Zealand with just one stop, at the same speed and comfort as today’s aircraft,” the government said in a statement.

It added the project showcases: “the huge potential of liquid hydrogen powered aircraft as the UK drives for a cleaner and greener air travel future”.

Describing the design ATI said the aircraft will have a 54-metre wingspan and will carry two turbofan engines powered by hydrogen combustion.

There will be cryogenic fuel tanks to store liquid hydrogen fuel at around -250C in the rear fuselage. The plane will also have two smaller “cheek” tanks along the forward fuselage would keep the plane balanced as fuel is used.

Moreover, the midsize design is perfect to meet the demands of a sector of the market which account for 93% of aviation’s carbon emissions and are currently served by single aisle and widebody aircraft operations.

Business Secretary Kwasi Kwarteng said: “These designs could define the future of aerospace and aviation. By working with industry, we are showing that truly carbon-free flight could be possible with hydrogen as a front-runner to replace conventional fossil fuels.

“Fuelling planes sustainably will enable the public to travel as we do now, but in a way that doesn’t damage the planet. It will not only help us to end our contribution to climate change, but also represents a huge industrial opportunity for the UK.

Currently, a commercial hydrogen aircraft is not economically viable since hydrogen is more expensive and difficult to store onboard than kerosene-based fuel.

However, ATI expects that economical and efficient hydrogen aircrafts should be operating from the mid-2030s. This is partly because other sectors are transitioning toward hydrogen, which will probably help in reducing supply costs.

By early next year, the FlyZero project will publish detailed designs for regional, narrow-body and midsize aircraft along with technology roadmaps, market and economic reports and a sustainability assessment.

FlyZero Project Director Chris Gear said: “At a time of global focus on tackling climate change, our midsize concept sets out a truly revolutionary vision for the future of global air travel keeping families, businesses and nations connected without the carbon footprint.

“This new dawn for aviation brings with it real opportunities for the UK aerospace sector to secure market share, highly skilled jobs and inward investment while helping to meet the UK’s commitments to fight climate change.”