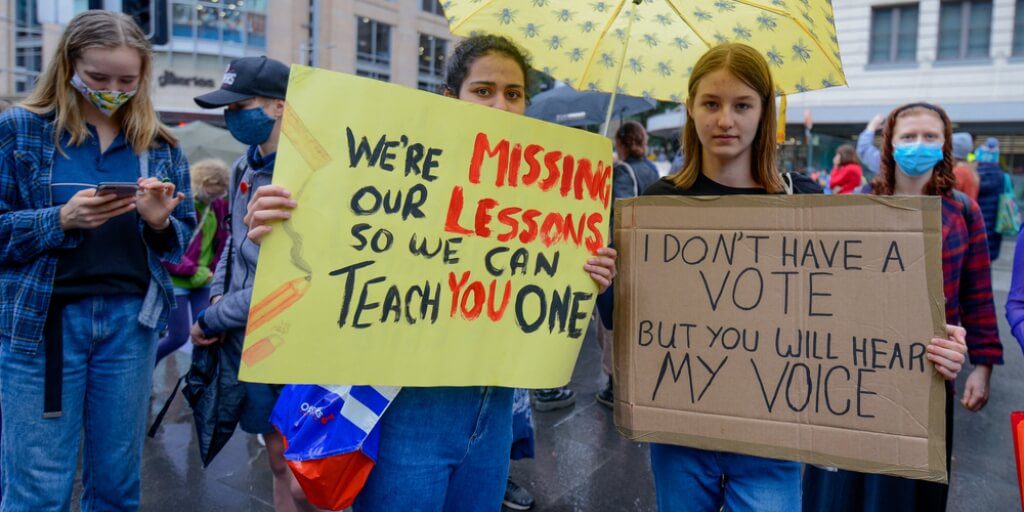 More than half of UK universities are not on track to meet their 2020-21 climate change targets, according to newly released data.

The assessment was carried out by UK’s largest student campaigning network, People & Planet.

The annually published sustainability university league shows that 54% of UK universities are not on track to meet the sector-wide emissions target set by the Higher Education Funding Council for England (HEFCE).

The league table assessed 154 institutions based on 13 metrics including environmental policy and strategy, ethical investment and banking, carbon management and carbon reduction.

Manchester Metropolitan University scored 86.3%, and came out on top, up from second place in 2019. The University has taken the top spot three times now, since the ranking began in 2007.

The report found it had cut carbon emissions by 61% since 2005. Among its initiatives include a carbon literacy programme for all staff and students, a student-led sustainable food network, electric vehicles on campus and a hydrogen fuel cell innovation centre.

Manchester Metropolitan’s vice-chancellor, Prof Malcolm Press told The Guardian: “Sustainability forms an integral part of everything that we do, from our teaching and research, to the way that we build and use our campus.

“We know the environment is one of the top concerns for people of all ages and this award demonstrates the pivotal role that sustainability plays in university life at Manchester Metropolitan.”

King’s College London came in second place with a score of 79.5%.

Nottingham Trent University, De Montfort University, Cardiff Metropolitan University and the University of Worcester are all ranked in the top five. The last two are tied in terms of overall score.

While universities performed best in the education for sustainable development category, they lacked in ethical investment and banking, with an average mark of 31%. This is despite more than half of the universities pledging to divest from fossil fuels.

The universities also scored poorly in managing carbon, with an average mark of 30%.

‘Students are wise to greenwashing’

Jack Ruane, the manager of People and Planet’s university league said although many universities have made some progress, the findings are “still not good overall.”

“If a university says they are sustainable but invests in fossil fuels, students are not going to believe the sustainability credentials that institution claims. So, it’s very much already part of the decision-making of students.”

Share this story: Over half of UK’s universities ‘not on track to meet emissions targets’.