US hunter who paid $400,000 to kill rare black rhino to import its skull, skin and horns | Totally Vegan Buzz
Skip to content

US hunter who paid $400,000 to kill rare black rhino to import its skull, skin and horns 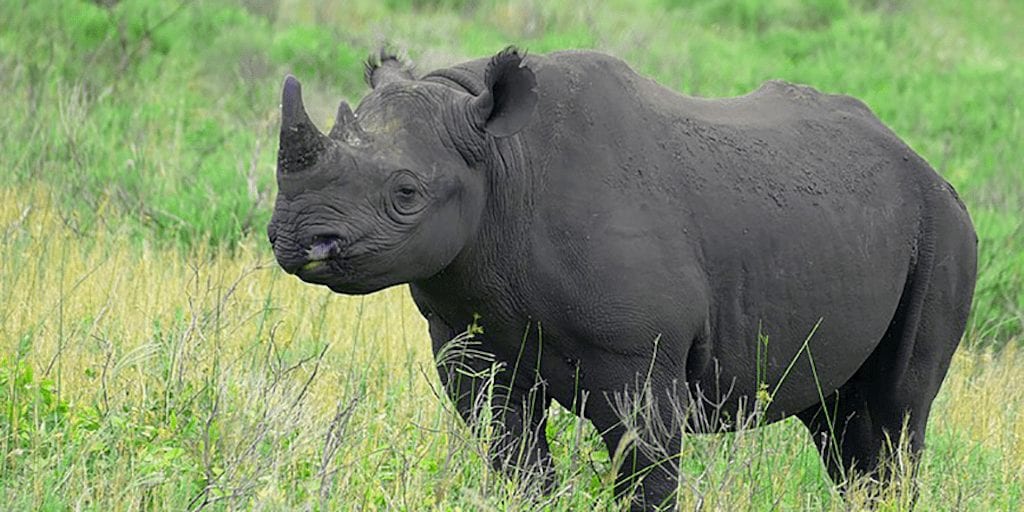 A trophy hunter has applied to import a rare black rhino’s skin, skull and horns to the US after he paid $400,000 to kill the animal in Africa.

Chris Peyerk from Michigan applied for the permit earlier this year, which is widely expected to be approved.

It’s illegal under the Endangered Species Act to import trophies from endangered animals unless it would help the survival of the species.

The hunter paid a wildlife conservation company to allow him to kill the animal in 2018 at the Mangetti National Park in Namibia.

According to Namibia’s Ministry of Environment and Tourism, the rhino was interfering with the breeding of younger bulls and therefore damaging population numbers.

Only 5,500 critically endangered black rhinos remain living in the wild, half of which are in Namibia.

Five rhinos can be legally killed a year if the funds are used for conservation efforts.

Permits for endangered animal trophies were illegal until recent years. The Trump administration issued one in 2017 and another in 2018, meaning this would be the third.

The president has also reversed bans on the imports of endangered lion and elephant trophies from some African countries.

The Fish and Wildlife Service notified the Humane Society of the United States they would approve the application for the latest permit, which has drawn criticism from animal welfare groups.

Kitty Block, the Humane Society’s president and chief executive, said: “With rhino poaching on the rise, now is the time to ensure that every living black rhino remains safe in the wild. Black rhinos must be off limits to trophy hunters.

“We urge our federal government to end this pay-to-slay scheme that delivers critically endangered rhino trophies to wealthy Americans while dealing a devastating blow to rhino conservation.”

Poaching is the biggest threat to rhino populations, particularly due to the use of ivory in traditional Chinese medicine.

According to the Humane Society, there were no reports of black rhino poaching before 2014, but within two years there have been 80.

“The Trump administration has dealt another blow to wildlife protection,” Sara Amundson, the president of the Humane Society Legislative Fund, added in a statement.

Should the US outlaw imports of animal trophies? Share your thoughts in the comments section below!