US politician credits vegan diet for saving ‘eyesight and my life’ 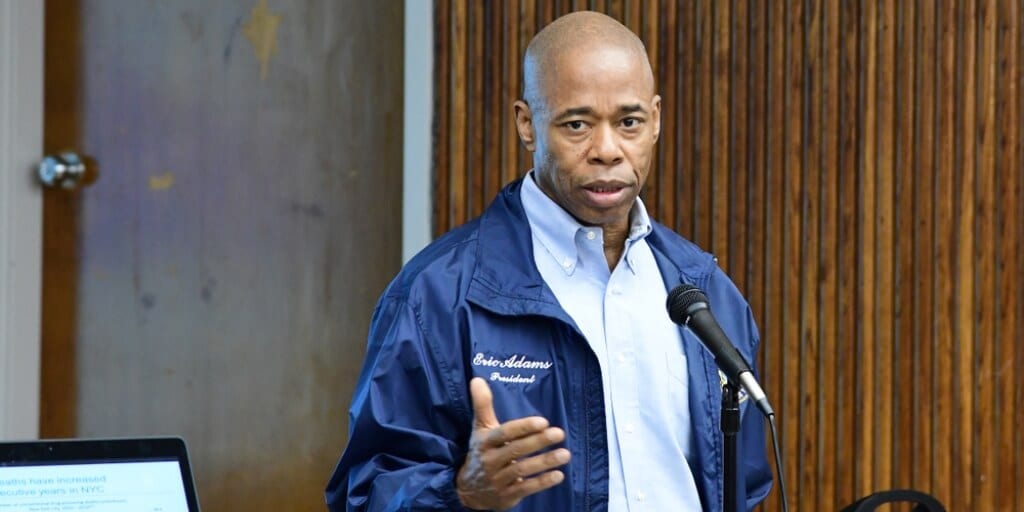 “My own personal health journey of overcoming Type 2 diabetes taught me the importance of a healthy diet.”

Eric Adams has credited a vegan diet for saving his eyesight and transforming his health.

The US politician was diagnosed with type 2 diabetes back in 2016, which led him to partially lose his sight and mobility. Doctors even warned him that he would likely lose his fingers and toes due to progressive nerve damage.

Recounting an instance in his book – ‘Healthy At Last’ – Adams revealed that he woke up one morning to realise that he couldn’t see the alarm clock on a nightstand beside his bed.

“I lost sight in my left eye,” Adams told The Post.

“I had permanent nerve damage in my hands and feet that the doctors stated would lead to amputation.

“I [also] had high blood pressure and high cholesterol.”

The politician added that he sought the opinion of five medical experts, all of whom said his health complications were hereditary and irreversible.

Following the grim prognosis, Adams decided to take matters into his own hands, and get back to being healthy again.

While he googled for information on reversing diabetes, he also “met some amazing doctors who told me how food impacts us,” the Brownsville native said.

“I saw a doctor in Ohio at the Cleveland Clinic, and he told me I could reverse my condition if I would change what I was eating,” Adams added.

This led to Adams’ plant-based journey in which he replaced animal products and junk food with wholesome greens and plant-based goodness.

Within three weeks of changing his diet, Adams regained his vision. Three months later, nerve damage to his extremities healed and his diabetes went into remission.

These are just some of the benefits the Brooklyn Borough President has reaped on his plant-based diet.

He has since lost 35 pounds and lowered his cholesterol by 30 points. According to Adams, he has also gained mental clarity and is more energetic than before.

The retired captain of the New York Police Department advocates plant-based eating since he wants other people to eat their way to better health as well.

“I want to empower people,” he told The Post.

“I want people to know that they can take their health in their own hands.”

Last month, he also approved a discretionary grant of $10,000 to support plant-based nutrition education at the State University of New York (SUNY) Downstate College of Medicine.

The money will be used to add a supplemental program – Food as Medicine – to the college’s existing nutrition courses.

The initiative will offer free online courses to students from eCornell and the Gaples Institute to SUNY Downstate College of Medicine and School of Public Health.

“My own personal health journey of overcoming Type 2 diabetes taught me the importance of a healthy diet,” Adams said in an official press release.

“ During that time, I also learned how few practising doctors are aware that food can be medicine, and students training for the medical profession often receive little to no nutrition education.

“We believe the Food as Medicine Initiative will change the paradigm, ensuring that future doctors, nurses, and other health care professionals are armed with the knowledge about the benefits of plant-based eating, so they can more effectively treat patients suffering from certain chronic diseases and encourage them to lead a healthier lifestyle.”

Share this story: US Politician credits vegan diet for saving ‘eyesight and my life’.