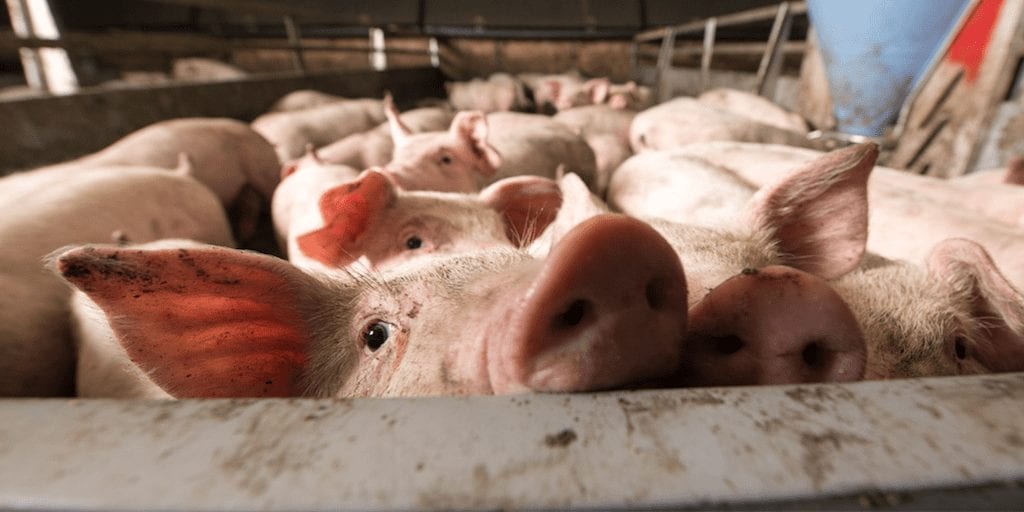 The US Department of Agriculture has removed a cap on the speed at which pigs can be slaughtered, in a move which increased fears for animal welfare in the industry.

The agency has been pushing for less federal intervention in regulating pig slaughterhouses for many years.

This means slaughter houses will be less regulated by the government and they will have more freedom to design their own food safety programs.

The current speed limit is set at 16 hog carcasses per minute, effectively killing 977 pigs in an hour. Critics say the current limit already causes workers to work at an excessive pace and risk injury.

According to a pilot program, the USDA has been allowing five large hog slaughterhouses to operate at higher line speeds with fewer inspectors since 1997.

An undercover investigation by Compassion over Killing (COK) revealed that one of the five slaughterhouses in the pilot program had a speed limit target of killing 1,300 pigs each hour, or one pig every five seconds.

What do you think of the USDA’s new rule? Share your thoughts in the comments section below!