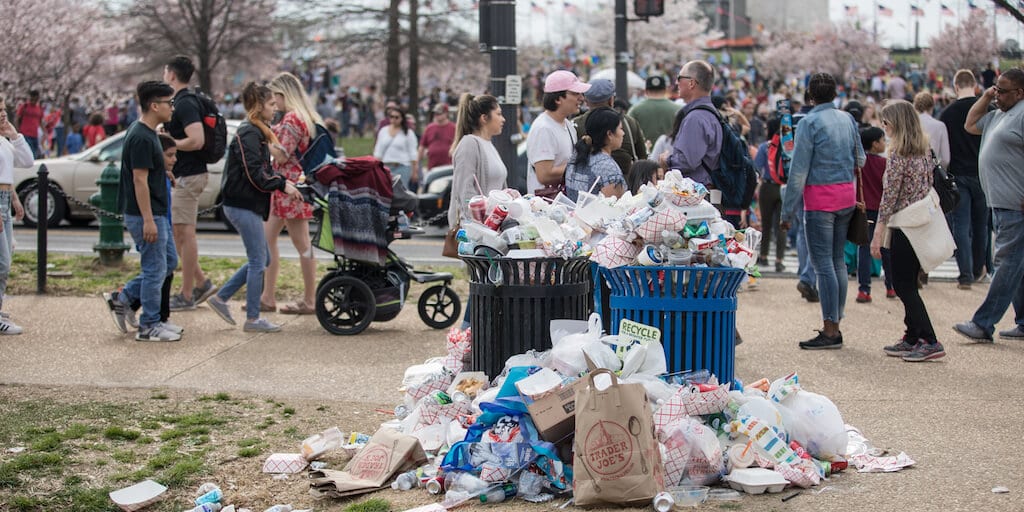 “The United States generates the most plastic waste of any other country in the world, but rather than looking the problem in the eye, we have outsourced it to developing countries.”

The US has been named the world’s largest generator of plastic waste in a recently published study in Science Advances.

The nation also ranks as high as third among coastal nations for contributing litter, illegally dumped trash and other mismanaged waste to its shorelines.

Citing the latest plastic waste generation data from the World Bank, the study, which aimed to paint a more accurate picture of the US contribution to the plastic crisis, highlighted that despite accounting for just over 4% of the world’s population, the US generated up to 17% (about 42 million metric tons) of the world’s plastic in 2016.

The study also challenged the widely-held belief that the US is adequately ‘managing’ its plastic waste, which includes collecting, properly landfilling and recycling.

The new findings showed that the US, not being able to manage its waste domestically, only “outsourced its massive ‘plastic footprint’ to developing countries.”

Scientists from Sea Education Association, DSM Environmental Services, University of Georgia, and Ocean Conservancy involved in the study calculated that while only 2 to 3%  of this plastic waste was dumped domestically in the US, more than half of all plastics collected for recycling (1.99 million metric tons of 3.91 million metric tons collected) were shipped abroad.

The research found that 88% of exports went to mainly Asian countries struggling to effectively manage, recycle, or dispose of plastics and “25% of these exports were so low-value or so contaminated, items like thin plastic films, dirty food containers, and food wrappers, that it was nearly unrecyclable.”

“The United States generates the most plastic waste of any other country in the world, but rather than looking the problem in the eye, we have outsourced it to developing countries and become a top contributor to the ocean plastics crisis,” said Nick Mallos, senior director of Ocean Conservancy’s Trash Free Seas® program and a co-author of the study.

Mallos added: “The solution has to start at home. We need to create less, by cutting out unnecessary single-use plastics; we need to create better, by developing innovative new ways to package and deliver goods; and where plastics are inevitable, we need to drastically improve our recycling rates.”

The scientists warned that there’s an alarming need to manage and reduce plastic waste by 40 % for the environmental cleanup and the “United States must play a much larger role in addressing this global plastic pollution crisis.”

Study coauthor and Distinguished Professor at the University of Georgia’s College of Engineering Dr. Jenna Jambeck said: “In the case of the United States, it is critically important that we examine our own backyard and take responsibility for our global plastic footprint.”

She added that the 2.25 million metric tons of plastic, which the US added to the environment in 2016 would be enough to cover the White House lawn as high as the Empire State Building.

The study concluded that the US must work to “advance state and federal policy to reduce its production, while also ensuring we have the capacity to manage the remaining waste stream in all communities, both domestically and abroad.”