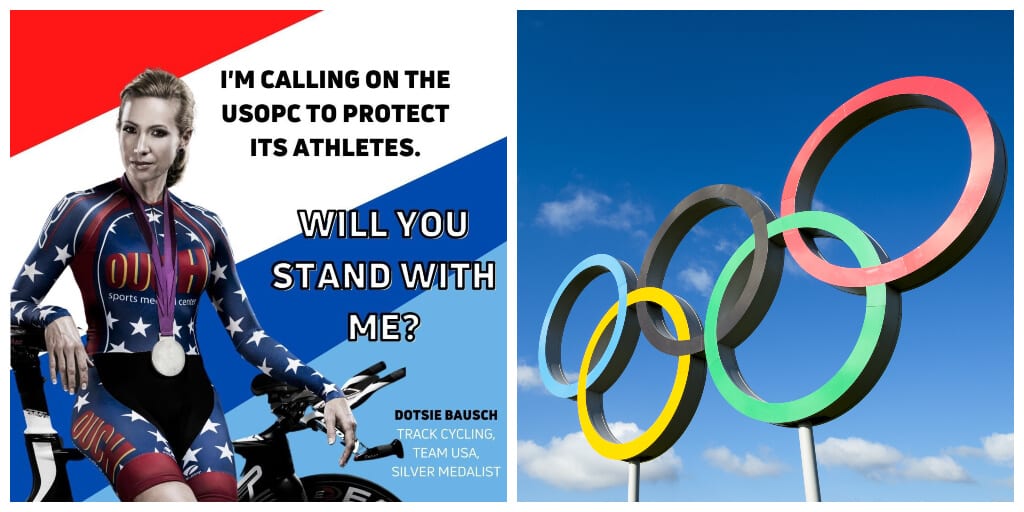 “The promotion of cow’s milk by such an influential organization entrusted with the promotion and protection of its athletes is simply unacceptable.”

The Olympic and Paralympic Committee (USOPC) has been urged to stop promoting dairy to Team USA athletes and the general public.

Vegan cycling champion Dotsie Bausch and founder of nonprofit Switch4Good has written an open letter to the USOPC, which was printed as a full-page advertisement in three daily newspapers in areas where USOPC training facilities are located (including the USOPC’s Colorado Springs headquarters).

This letter follows a similar request sent to the USOPC in October, which the organization dismissed as ‘opinion’.

“In October 2020, a total of nine athletes, including @veganolympian, sent the USOPC a letter regarding unhealthy cow’s milk’s prominent role in the company’s culture and advertisements,” Bausch said in an Instagram post.

“Instead of considering the statistics and science that were presented, the USOPC quickly dismissed it as “opinion,” rather than facts.

“Today, Switch4Good stands with these nine athletes to demand that the USOPC stop peddling unhealthy products to athletes and to the public.”

‘Failed yet again to do what’s right’

Highlighting that promoting cow’s milk violates USOPC’s own bylaws, the letter states: “As an organization that promises in its bylaws to protect and promote its athletes’ wellbeing and champion the integrity of sport, the USOPC has failed yet again to do what’s right.

“The promotion of unhealthy cow’s milk to Team USA athletes and to the public is unacceptable and another example of the USOPC’s willful disregard for the wellbeing of those it’s entrusted to protect.”

‘Protect the wellbeing of athletes’

Demanding USOPC to take heed, Switch4Good is urging people to support the vitality and wellbeing of Team USA and hold the committee accountable.

A pre-written email addressed to the heads has been created, which states: “The USOPC’s role is to protect the wellbeing of its athletes, but its promotion of cow’s milk directly contradicts this purpose.

“Cow’s milk is not a health food—particularly to the 70-95% of Latinx, Blacks, Asians, and Native Americans who are lactose intolerant.

“How can athletes expect to perform on the world stage when they must fight an internal battle of gastrointestinal distress?

“The promotion of cow’s milk by such an influential organization entrusted with the promotion and protection of its athletes is simply unacceptable.”

You can access the prewritten email here and support Switch4Good in urging USOPC to stop promoting cow’s milk.

Share this story to let others know about Dotsie Bausch’s ‘stop dairy promotion’ letter to the USOPC.