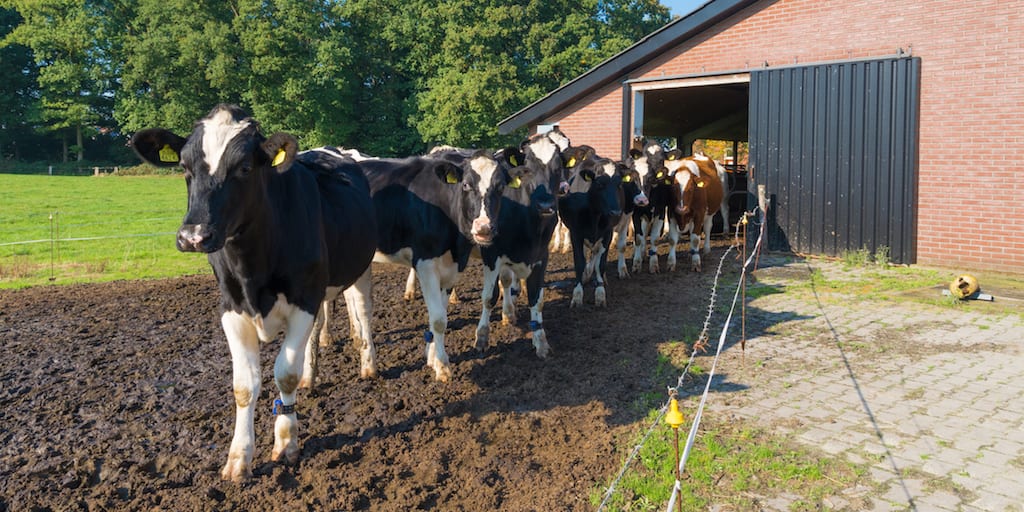 A number of dairy farms across the US have closed down—a 9% decline from last year—as the plant-based milk industry continues to soar.

According to the U.S. Department of Agriculture’s latest “Milk Production” report, 2019 witnessed the largest annual decline of dairy farms since 2004. The report states that 3,281 dairy farms downed their shutters between 2018 and 2019.

While Wisconsin saw 780 farms going out of business. Pennsylvania, New York, Ohio and Minnesota had 470, 310, 260 and 250 farms being shut respectively.

None of the states reported new dairy farms being opened.

According to the USDA, the number of licensed dairies has declined from 70,375 to 34,187 since they first began collating data in 2003.

Of the many reasons plaguing the dairy industry, the USDA reports that demand for milk has dropped almost 40% since 1975.

A report  by independent think tank RethinkX concludes that the number of cows in the U.S. will have fallen by 50% by 2030 and ‘the market by volume for dairy will have shrunk by almost 90%’.

Another factor that has dealt a major blow on the dairy business is the rapid rise of plant-based milk. Statistics estimate alt-milk led to dairy milk sales plummet by $1.1 billion in 2018.

According to data, sales of plant-based milks have grown by 61 percent in the last five years in the US and the dairy-alternative industry is estimated to be worth $17.3 billion globally and predicted to reach $29.6 billion by 2023.

Many people have also stopped drinking milk following reports of the negative impacts of dairy.

An 8-year study published in the International Journal of Epidemiology found that drinking cow’s milk greatly increases the risk of developing breast cancer in women- up to a staggering 80%.

With dairy facing stiff competition from the steadily rising plant milk market, many farmers are switching to more lucrative options or announcing bankruptcy.

California’s Giacomazzi Dairy downed its shutters after more than 125 years to expand its almond production.

Speaking to ABC, owner Dino Giacomazzi said: “Over the last 5 years, its been very difficult to make money in the dairy industry.

“We’ve chosen to commit the rest of our property to growing almond trees and we’re going to sell the cows and become almond farmers.”

Soon after Borden Dairy Co. followed in filing for bankruptcy protection as the company could no longer keep up with “the rising cost of raw milk and the market challenges facing the dairy industry.

“These challenges have contributed to making our current level of debt unsustainable,” said Chief Executive Officer Tony Sarsam in a statement.

Share this article to reveal the truth behind the dairy industry’s downfall.