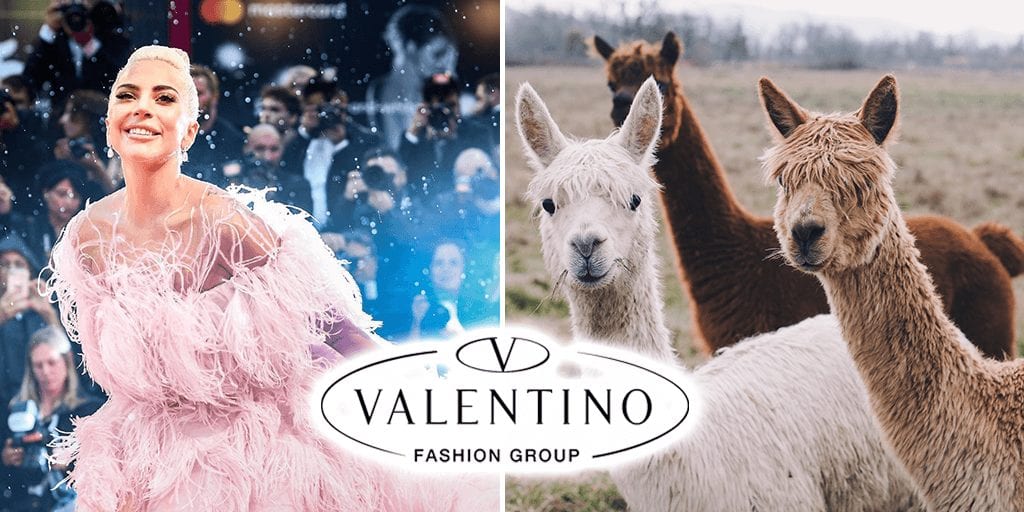 ‘Kind shoppers can do their part by steering clear of alpaca fleece and opting for chic, PETA-approved vegan clothing that no animal had to suffer for’

Top luxury fashion brand Valentino has announced it will stop using alpaca fleece in its garments from the end of 2021 making it the first major luxury brand to make such a move.

The announcement follows an exposé by animal rights organization People for the Ethical Treatment of Animals (PETA).

In the footage, some workers handling the alpacas were seen slamming them onto tables, including the ones pregnant. The animals were then ‘tied to a stretching device, and pulled hard, nearly wrenching their legs out of their sockets’.

The charity added that the workers held struggling, crying alpacas by the ears whilst they were roughly shorn with electric clippers, causing some to vomit out of fear.  Even the animals wounded after the shearing process were just stitched up without adequate pain relief.

In response to  PETA’s investigation, Michell, which owns the facility in Mallkini, said in a statement: “The shocking images transmitted in the video undoubtedly show excesses that we deeply deplore and affect us profoundly. They have clearly been edited and show unacceptable mistreatment practices carried out by negligent shearers.

“We want to reiterate our commitment to continue striving to improve our animal welfare, to work for a healthier environment, to provide the best products and services to all of you, to take care of our collaborators, and to contribute to our community, always in an honest and transparent manner.”

But PETA Executive Vice President Tracy Reiman said in a statement: “Valentino’s compassionate decision will go a long way in helping to prevent vulnerable alpacas from being abused and shorn bloody for their fleece.

“Kind shoppers can do their part by steering clear of alpaca fleece and opting for chic, PETA-approved vegan clothing that no animal had to suffer for.”

Share this news to raise awareness about the animal cruelties rampant in the fashion industry.