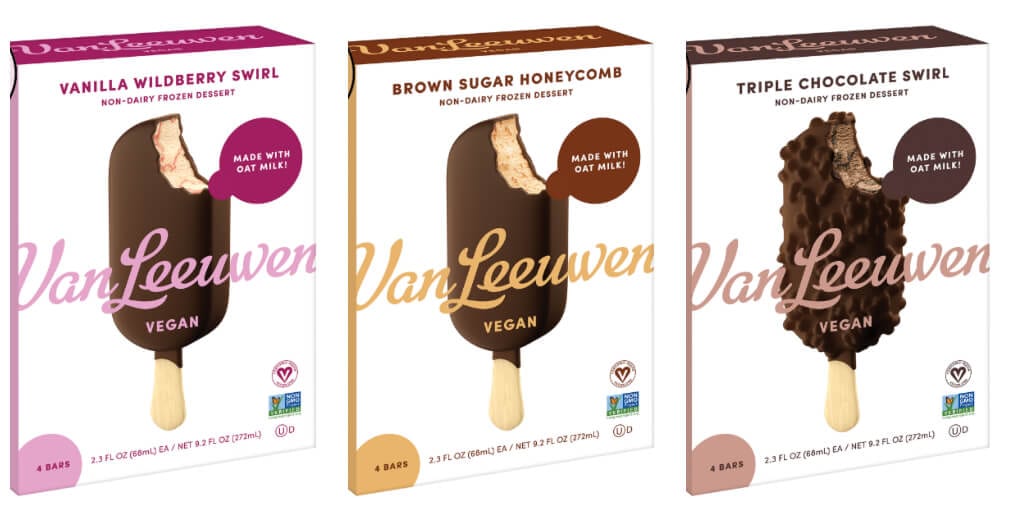 “We haven’t been this excited about a product launch since we introduced our vegan line eight years ago—ice cream bars have long been a dream for us at Van Leeuwen.”

The new line of plant-based treats is inspired by classic favorites and is a nostalgic addition to the brand’s product line as ‘Van Leeuwen’s co-founders Pete and Ben Van Leeuwen grew up driving an ice cream truck in the summer and selling ice cream on sticks’.

The newest flavours include:

The bars are non-GMO and each ice cream costs $12.

“We haven’t been this excited about a product launch since we introduced our vegan line eight years ago—ice cream bars have long been a dream for us at Van Leeuwen,” Ben Van Leeuwen, co-founder, and CEO of Van Leeuwen, said in a statement.

“We’ve spent the past 12 months perfecting every element and we are blown away by what we have been able to create.

“They aren’t keto, low-fat, or sugar-free. But they taste good and will make you happy!”

Countless dessert chains are upping their vegan sweet treat game up, too as demand for non-dairy ice cream continues to soar.

Researchers predict the market will cross $805 million by 2027.

Market research company Data Bridge reports that the industry is expected to grow at a rate of 10.30 % in the forecast period 2020-2027.

The study states that rising plant milk production as well as increased cases of lactose intolerance and milk-related allergies are the main drivers for the growth.