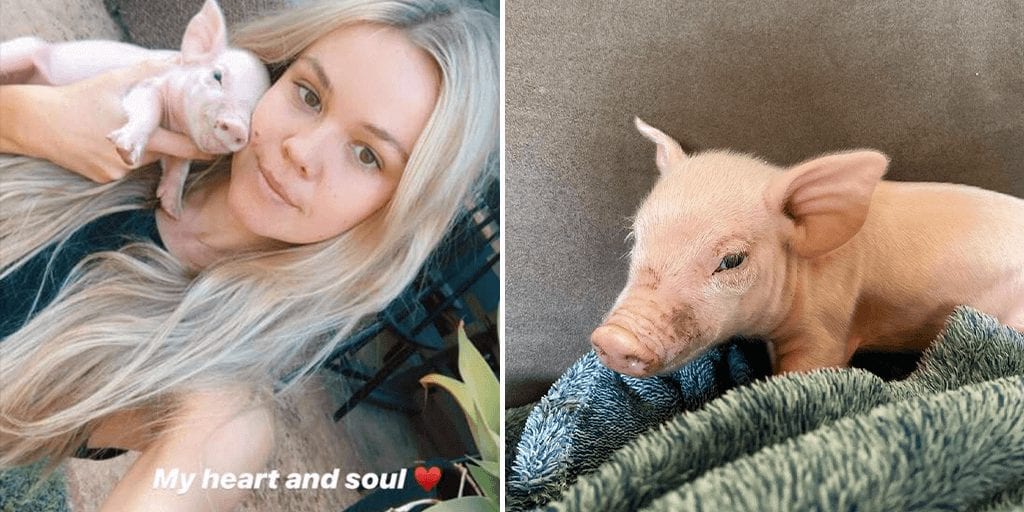 A bikini model and vegan animal activist accused of stealing piglets from a piggery near Toowoomba, southern Queensland last year will plead guilty to the criminal charges.

In distressing footage, the 28-year-old captured piles of dead piglets are seen stacked in a stall with a live sow and feeding piglets.

Other shots show partially buried pig carcasses and a passel of pigs huddling whilst being cooped in a metal cage with no warmth.

In a later highlight titled ‘court’, McGeachin, who rescued 2 piglets from the piggery said she had been charged of entering premises with intent to commit an indictable offence.

‘We rescued piglets a few months ago and I am now being charged with rescuing them,’ she told her followers.

“We were just trying to do the right thing, which in the law is the wrong thing.”

She also said that 8 police officers raided her home and the piglets had been confiscated.  She added that she was worried they would be euthanized since they couldn’t be returned to the piggery.

“I don’t know how they are or where they are which sucks,” she said in her video.

“Just for rescuing piglets that were in a factory farm.”

She added that “Animals are not stock. They’re animals, they can feel pain, they feel happiness and they suffer an incredible amount in these factory farms.

“And we try and show people what really goes on there and this is what we kind of get for showing people the truth.

McGeachin was due to appear in Brisbane Magistrate’s Court today, August 12, but her lawyer requested the case be adjourned for a short plea on August 27, according to The Courier Mail.