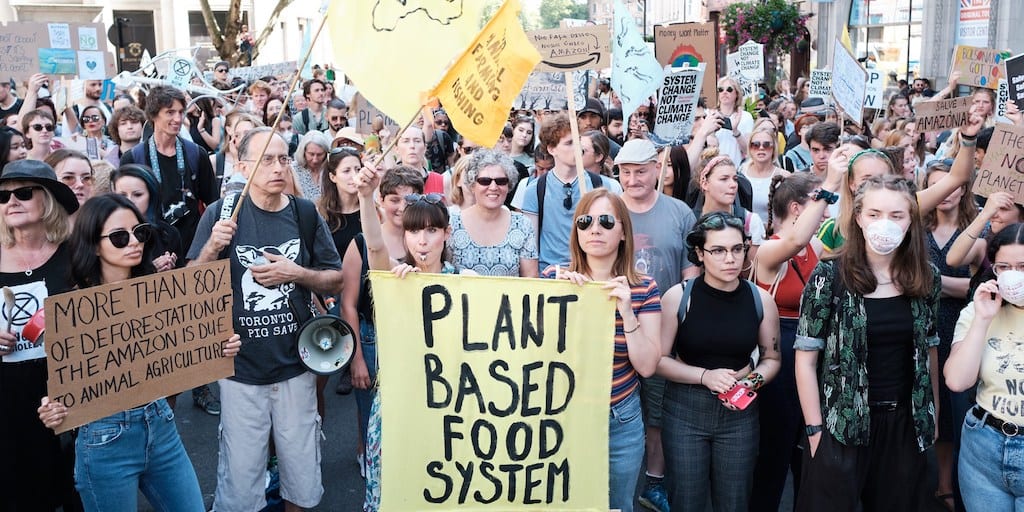 Thousands of animal rights activists are set to blockade the largest meat market in the UK for two weeks.

Vegan campaigners from protest groups Surge and Animal Rebellion will set up in London’s Smithfield Market, with the groups estimating 10,000 members will take part.

Spokesperson for Animal Rebellion, Dan Kidby, said in a statement: “Animal Rebellion’s message to the public, policy-makers, and the future Citizen’s Assembly is that we need to urgently end the industries of animal farming and fishing, and transition to a plant-based food system in order to avert climate breakdown, mass extinction and ensure justice for farmed animals.”

The activists said they expect resistance but are preparing for a peaceful protest.

Speaking to LBC, Alex Lockwood, a representative of Animal Rebellion, said the country needs to shift to a plant-based food system.

“We’re asking for the same thing that the United Nations are asking for. They said we need to drastically change how we use land on the planet and if we don’t, then we can’t stop climate change,” she said.

The protest will start on October 7, and farmers have complained the demonstration could lose them tens of thousands of pounds.

Animal Rebellion was founded earlier this year by 18 of the leading animal justice organisations in the UK, who agreed to join forces.

Its goal is to highlight the role animal agriculture and fishing industries play in the climate crisis.

What do you think of the plans to blockade Smithfield Market? Share your thoughts in the comments below!