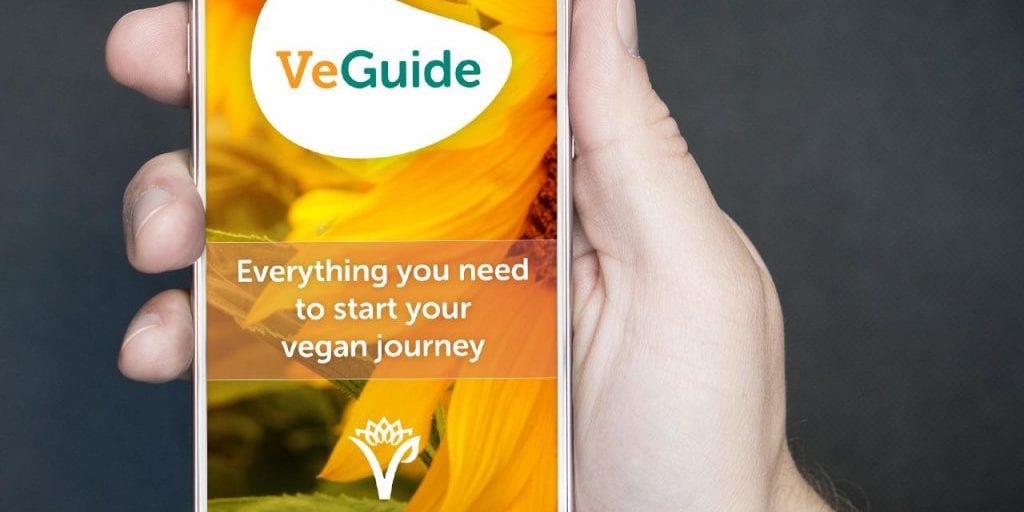 A new app has been launched to support newbie vegans, after research found that half of Brits would consider switching to a plant-based diet.

The free VeGuide app assists aspiring vegans in their quest to successfully adapt to the rapidly growing movement.

It was launched today (November 1) by the Vegan Society to mark its 74th birthday on World Vegan Day.

VeGuide will assist with shopping, nutrition, recipes, inspirational quotes and handy videos across a 30-day schedule. The app features advice from celebrities, dietitians and vegan experts.

Half of Brits consider veganism

The first of its kind app was launched after research showed half of Brits would consider becoming vegan, according to the Vegan Society.

Danielle Saunders, digital content officer at The Vegan Society, said: “We are so excited to launch an app we developed specifically with the vegan-curious in mind.

“VeGuide was designed to provide a platform that’s more suited to the younger audience, which our research showed are the most likely age group to have an interest in veganism.

“We feel the development of VeGuide marks a new phase for The Vegan Society and a new way of embracing veganism for the general public.”

Videos on VeGuide are presented by prominent vegan YouTubers RaeLikesFroot and Jay Brave, who explore common stumbling blocks to veganism.

Budding vegans are encouraged to stay on track with facts and motivational quotes – individually tailored to reasons users took the plunge.

The app, which has UK and US versions, also includes quizzes and a rewards programme for products registered with the Vegan Trademark.

The Vegan Society’s research found a growing awareness of veganism. Twenty-two percent of respondents stated they know more about it now than when growing up.

Another survey this year found the number of vegans in Great Britain had quadrupled in the past four years from 150,000 to 600,000.

World Vegan Day and Month commemorate the founding of The Vegan Society and celebrate how far the vegan movement has come.

VeGuide is available now on Android and iOS, tailored for a UK market. The app is available to download for free on Google Play and the App Store now.

What do you think of VeGuide? Tell us in the comments section below!