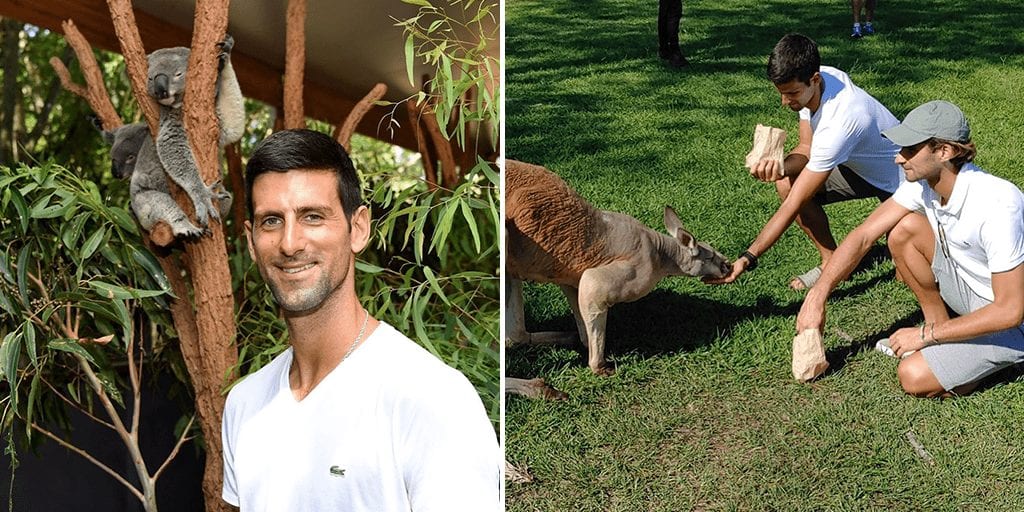 The world no-1 tennis pro has adopted a plant-based lifestyle because he can’t bear seeing animals suffering in the name of food.

In a nail-biting finish, the Serbian athlete, who has been on a plant-based regime for four and half years and attributes his improved energy, strength and speed to the diet picked up his 17th grand slam title on Sunday night.

He defeated Dominic Thiem to win the Australian Open after a strenuous five-set match and also reclaimed his world no- 1 title.

Reflecting on his game, Djokovic said: “I was on the brink of losing the match.

“After I lost the second set, I start to feel really bad on the court. My energy dropped significantly.”

However, he added that he shrugged off the negative thoughts and fought back to win the title.  “Kind of regained my energy and strength midway in the fourth set and got back into the match. After that in the fifth set, it was anybody’s game, really,” Djokovic said, per the Australian Open website.

In a press conference after his third-round win at the Australian Open, Djokovic spoke about his journey ever since he went plant-based.

He spoke about how people doubted whether he could sustain his energy levels and performance on a vegan diet.

“There’s been a lot of criticism, people around me didn’t really think that I could do that, there was a lot of doubt and question marks, I’ve been through different phases of adapting to the new lifestyle,” he said at the conference.

Although Djokovic switched to plant -based to take care of his food allergies and intolerances, he has been following the vegan lifestyle as he couldn’t imagine eating meat after hearing of the brutalities of animal and dairy farming.

“It is a lifestyle, not just a diet, because you have the ethical reasons as well, being conscious of what is happening in the animal world, the slaughtering of animals and farming and everything, that there is also a huge impact on climate change that people maybe don’t talk about as much,” he continued.

The vegan tennis pro is touted to become the greatest player of all times and Djokovic attributes his incredulous performance to his diet.

Praising his regime, Djokovic added: “It is possible to be plant-based and recover well, to have strength, to have muscles.

“I’m not a weightlifter, of course, but I do have an optimal balance between the strength and power and speed… Nothing seems to be missing. I’ll keep enjoying that.”

While, he will continue to reap the benefits of a plant-based lifestyle, he hopes other athletes will follow suit. “It’s an approach, it’s something that I’m really proud of and hopefully that community grows even more,” he said.

“Hopefully I can inspire other athletes that it is possible to be plant-based and to recover well, to have strength, to have muscles.”

Will Djokovic’s stellar performance inspire other athletes to adopt veganism? Share your thoughts in the comments below!