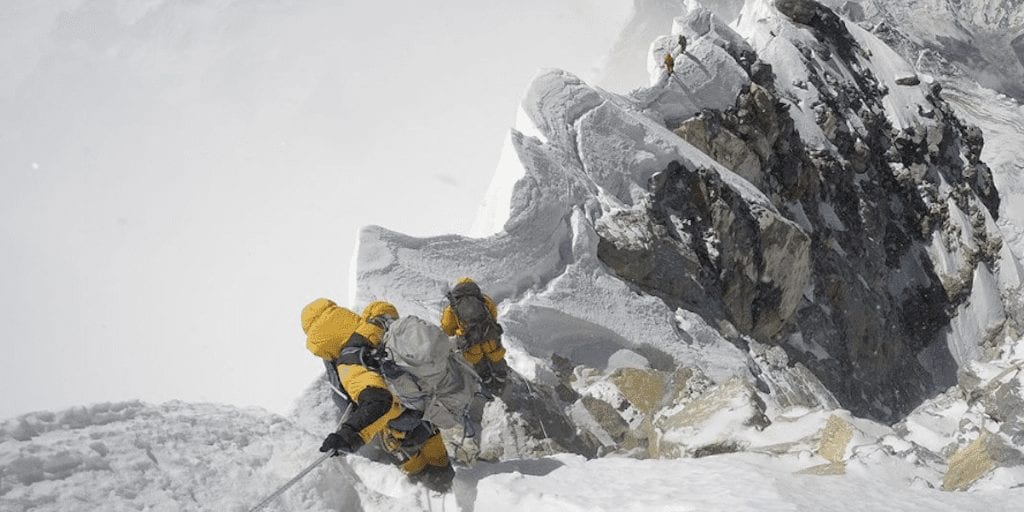 A vegan mountaineer has become the first person to climb Mount Everest using only animal-free equipment.

Animal rights advocate and climber Dean Maher ascended the south side of the world’s largest mountain without the help of traditional feather down jackets and sleeping bags or leather boots.

The mountaineer announced his achievement on Instagram: “I’m very proud to announce that two days ago I became the first vegan in the world to summit Mt Everest (south face)!!!! ?

“I used no down, no leather, no wool, no silk, etc, showing that you don’t need to harm animals to accomplish even your biggest of dreams ?.”

Maher is an outspoken animal rights activist, and since his achievement has urged others to consider the impact on animals when buying climbing products.

He wrote: NO MORE EXCUSES PEOPLE! We all claim to be against animal cruelty. Yet every single animal product we buy intrinsically involves the killing and exploitation of the innocent and vulnerable beings that we so adamantly claim to care about.

“If you buy, they die. It’s time to take responsibility for our actions and make choices that align with our very own beliefs.

“If I can summit the highest mountain in the world without using a single animal product then you can make some simple changes in your day to day life. GO VEGAN. For yourself, for the plant, for the animals ✌??.”

Maher used specialist vegan summit suits to get him to ‘the top of the world’ and relied on expert advice from Kuntal Joisher, a fellow vegan and mountaineer. Joisher has also submitted Everest, but using traditional equipment.

Celebrating the achievement, Maher continued: “I’ve worked very hard over the years to make this dream a reality but this achievement really does fall into insignificance when taking into account the truely incredible work that the amazing Sherpas do in the Himalayas.

“They genuinely are absolute heros and almost all of the climbers would not be able to do what they do without their superhuman work and risks that are associated with it. Every time I return to Nepal my amazement of what this people can do and the way in which they do it multiplies exponentially.”

Climbing fans were impressed with Maher’s unique achievements and curious to know how he managed to avoid animal products altogether, so the climber revealed his range of vegan gear.

What do you think of Dean Maher’s achievement? Share your thoughts in the comments below!