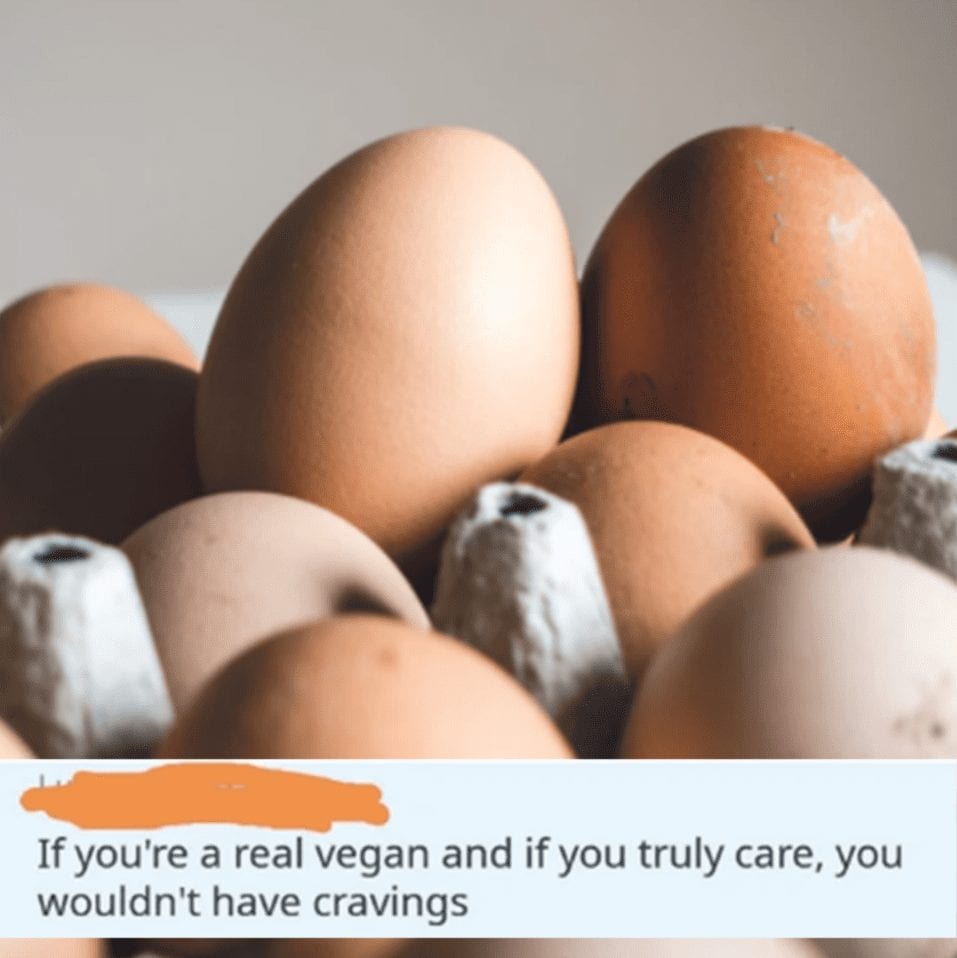 Even within the vegan community, debates rumble on about what is and isn’t acceptable. There are seemingly endless issues and questions which we don’t unanimously agree on.

Are shock tactics in vegan activism necessary or damaging? Would you eat Burger King’s plant-based Impossible Whopper even though the company is a mass meat-producer? What about locally produced honey?

Well one vegan on Reddit has taken strict veganism to a whole new level.

“Wow thanks for posting this. Been vegan for about a month now and sometimes I really just wish I could grab an egg,” they wrote.

“It’s important to be reminded of why it’s not worth it to give in to cravings.”

Seems pretty reasonable, right? But one user was totally unimpressed with the vegan’s cravings, and suggested true veganism should release you of any pesky subconscious thoughts.

“If you’re a real vegan and if you truly care, you wouldn’t have cravings,” the commenter bluntly responded.

For user khaoskxnd, this was a drastic turnaround from feeling supported by fellow vegans to intense judgement.

“Wtf man. Really, people like you are the reason people are opposed to veganism. I really hope you are kidding,” they replied.

Read: Vegan shares infuriating conversation with meat eater than every vegan can relate to

The newbie vegan was unimpressed with the dialogue, and opened a new thread to vent frustration titled: “Apparently I’m not a vegan, even though I don’t buy animal products. There are toxic people in every community.”

The post has been shared and upvoted more than 30,000 times, and attracted countless comments of support.

Can ‘real vegans’ have cravings? Share your thoughts in the comments below!