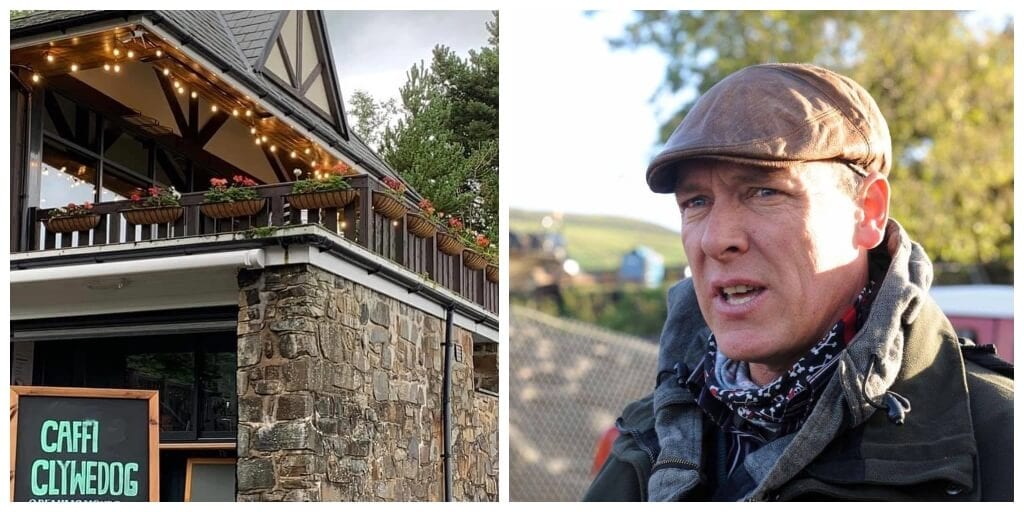 “In a time where small hospitality has had a hard enough time as it is, we were saddened to receive a surge of unexpected, online abuse,” vegan café Caffi Clwedog said while appealing for kindness and support.

A vegan café near Llanidloes has received a ‘torrent of negativity’, including death threats after an online post attempted to demonize its plant-based ethos.

According to Caffi Clywedog, ‘it serves fresh plant-based refreshments to those who want them, without forcing our personal ethics onto people’.

Its menu, which includes a range of dishes including burgers, burritos, and Flapjacks, along with a slew of dairy alternatives for hot drinks has been developed to be ‘as sustainable and environmentally friendly as possible’.

However, the café based in Wales was subjected to a volley of online hatred and arson threats after celebrity farmer Gareth Wyn Jones shared a picture of the café’s drinks menu on his Facebook page.

He wrote: “Is this Caffi just using plant-based fluids and not using natural local milk? Am I wrong? Can anyone help?”

His post, which he later claimed was unintentional and not intended to single out the cafe spiralled into a furious online debate with the café being caught in the crossfire.

The volley of abusive and nasty comments prompted the café to release an online statement, which read: “We would firstly like to thank the public who have supported us and sent kind messages, after we received a torrent of negativity which included online threats for offering a plant-based menu.”

The team added: “In a time where small hospitality has had a hard enough time as it is, we were saddened to receive a surge of unexpected, online abuse.

“Although we respect that people can all have different views, what we cannot accept are threats of violence and arson to our premises, and messages of hatred that have been sent to Caffi Clywedog, which has promoting wellbeing within our community at the heart of everything we do.”

Caffi Clywedog said it reported the abuse to Dyfed-Powys Police.

‘We promote being kind to one another’

After appealing for “kindness”, the café declared that despite the bitter incident it would “continue to be part of the Clywedog community, promoting tourism and leisure in Wales,” and catering to “potential customers are intelligent and capable of making their own decisions.”

“When times are tough as they are, we will promote being kind to one another, no matter our ideologies and values,” Caffi Clywedog concluded.

Meanwhile, Wyn Jones has also started receiving abuse himself, with one person writing: “Better hope and pray I don’t find you.”

Another person branded him as an ‘animal-killing scumbag’ and ‘future serial killer’ before adding: “I’ll take out your whole bloodline if that means there won’t be innocent animals dying.”

Reacting to the comments, Wyn Jones, the host of BBC’s The Family Farm told North Wales Live: “People were saying I put the dogs on [the cafe] but that’s not true. I wasn’t disrespectful or obnoxious, I didn’t say the cafe should be shut down, I just asked a simple question.’

He added: “We have to be able to have a conversation about these things without being judgemental.

“It’s fine having a free country and free speech but these people have crossed the line.

“When you and your family start getting death threats, it’s gone too far.

“This is not how we should be doing things.”