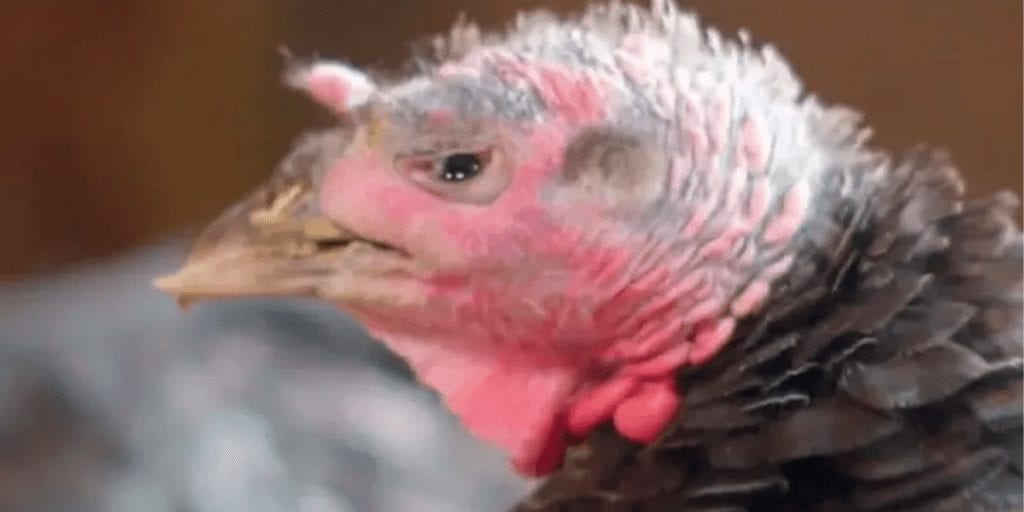 Animal rights activists have launched a campaign to prove that turkeys deserve to live long, happy lives – rather than ending up on the Christmas dinner table.

The videos have been filmed with the help of  The Retreat Animal Rescue and Tower Hill Stables Animal Sanctuary.

The campaign intends to drive the message that turkeys are ‘all unique, sentient beings’, and ‘deserve to live free from harm and suffering’.

DEFRA statistics showed that 14,000,000 turkeys were killed last year with most of them being slaughtered during the festive period.

The animal welfare organization wants to encourage people to celebrate Christmas in an animal-friendly and cruelty-free way.

The five turkeys include Dee Dee, Bramble Bill, Audrey, Maria and Silver- who was initially destined for the slaughterhouse due to her facial deformity.

Silver was granted a lease of life when a farmworker about to ‘de-beak’ her had a change of heart.

She and Dee Dee now live at The Retreat Animal Rescue.

Bramble Bill is often compared to a dog because she is friendly and is always ready for a game of head scratches.

Audrey and Maria live peacefully at Tower Hill Stables Animal Sanctuary after they were rescued from a factory farm.

In a statement to Plant Based News, Animal Aid Campaign Manager, Tod Bradbury, said: “Our Their Christmas Wish campaign gives people the opportunity to see turkeys, who are eaten in huge numbers at this time of year, as the unique, intelligent, individuals that they are.

“Anyone who has ever spent any time around these amazing creatures will confirm that turkeys are far from ‘bird-brained’; and above all they deserve to live free from harm and suffering.

“By supporting Their Christmas Wish and leaving animals off your plate this Christmas, you will be saving animals from suffering. We hope to show that going vegan, doesn’t mean going without. Christmas dinner is often said to be the best meal of the year, and it has never been easier to create a delicious plant-based feast.”

Almost all major supermarkets and food retailers have unveiled their special vegan festive range so that vegan customers do not miss out on the Christmas spirit.

What else can be done to stop cruelty on animals during festive periods? Share your thoughts in the comments section below!