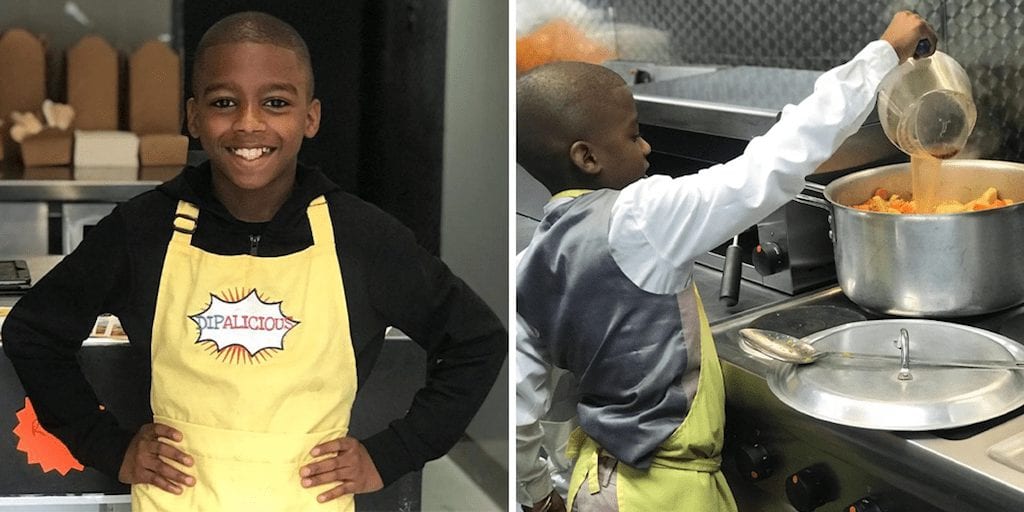 11-year-old vegan chef Omari McQueen was attacked at school by a bully jealous of his success.

Studying in the first year of secondary school, he shut the outlet once school started only to be attacked by a bully for opening the restaurant.

Recounting the incident, Mc Queen narrated that an older student ran up to him, grabbed his tie and said: “you think you’re special” before smacking him in the face.

Although Omari’s mum Leah was livid on hearing the incident, Omari said: “(I) felt sorry for him.”

Leah told Metro.co.uk: “On that night he said to me, ‘Mum I can’t allow my feelings to be hurt by someone who is hurting’.”

She continued that Omari questioned whether the bully was “sad”, “upset” or “needed help?”

Answering his own questions, Omari said: “He’s sad because he can’t do what I’m doing, but I can show him what I’m doing by being strong.”

Later, Omari recorded a heartfelt video message stating: “Yesterday was the worst day ever, I got physically attacked by an older kid at school.

“I’m not telling you this for you guys to feel sorry for me, I’m telling you this to work hard at what you’re doing because if you’re being happy, being yourself, and you’re following your passion, there’s always going to be someone who hates what you do.

“Just remember, never let a bully change what you do.”

Assuming the school had taken disciplinary action against the bully, Leah said she was shocked to find him still attending school and wanted the principal to take action but was stopped by Omari.

She told Metro news that when she questioned her son about the bully, he replied: “I think he’s going through enough, leave it.”

“I was speechless. He’s teaching me. As a parent you’re very protective of your child and you want to go wild,” she said.

“But he’s actually made me think, there could be something going on there. ‘I felt anger towards his bully but there was no anger there for him.”

Omari McQueen turned vegan at the age of 7 when he learnt that for beef, cows had to be slaughtered and they didn’t just die “of old age.”

However, he turned chef at 8 when his mum Leah fell ill with debilitating migraine attacks.

He loved cooking and started learning vegan recipes from YouTube videos.Omari was so passionate with his new found hobby that he decided he wanted to become a chef and approached Croydon park’s CEO Robert Wade to negotiate a place for his Dipalicious pop-up.

Wade was so impressed with the young boy that he offered the space rent-free for a week.

“Omari has gone from strength to strength and practices different cooking skills and meals daily, he researches the benefits of everything he cooks and works out the benefits of what he eats,” states the Dipalicious website.

Have you been bullied for your dietary choices? Share your stories in the comments below!