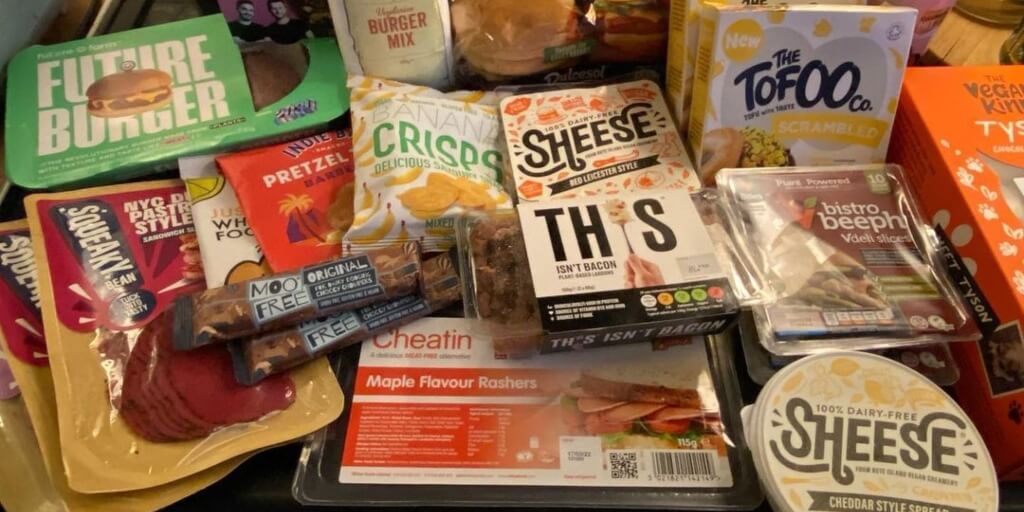 The demands come after the farmers’ union called for the removal of ‘meaty’ words from veggie meals.

A vegan meat company has called for guinea pigs to be ‘fined’ as well as butterflies and catfish to change their names in a newly released manifesto.

THIS made the hilarious claim after the Ulster Farmers Union (UFU) called for a ban on the use of ‘meat-related terms’ on plant-based products.

Members of the union’s legislation committee declare that plant-based alternatives should not be marketed using terms such as chicken, burgers and sausages so that shoppers don’t get confused between plant-based items and their meaty inspirations.

The concerns come after retailers, amid the soaring popularity of plants-based products, have started stacking meat alternative products into more prominent locations like the meat aisles.

According to the latest market projection, the plant-based sector is expected to reach $24.8million by 2030.

Following the ban proposal, THIS launched a tongue-in-cheek manifesto on behalf of Ulster Farmers Union outlining their own set of demands – which include changing some very popular monikers.

The company, which has received awards for its hyper-realistic chicken, bacon and sausages, in their fake manifesto have called for  guinea pigs to be fined for “not being pigs”. Another claim they include is that “spotted dick is a term only to be used by medical professionals”.

THIS has also asked for butterflies  to be renamed as ‘spread flies’, with the insects paying an annual fee to the dairy industry. Moreover, it has demanded that  company Currys should  be made to change its name “due to it not being a curry house”.

In addition, the plant-based brand has suggested that catfish should have its name changed “as it does not purr”. And lastly, to make sure there’s no mix-up for customers, crisps should “no longer carry the names of meat on their packaging, for example Roast Beef should become Roasted Bovine Inspired”.

THIS founder and co-CEO Andy Shovel in a statement said: “It is mind-blowing that the Ulster Farmers Union reckons that UK consumers could pick up a pack of our ‘THIS ISN’T CHICKEN’, and think it was previously feathered and clucking.

“The massive, massive clue is in the name. Other brands in our category have equally not-at-all-confusing product names, like meat-free sausages.”

The meat lobby is clearly feeling the heat, since this is not the first time it has tried to push for bans on words describing meat alternatives.

In fact, in 2020, the EU parliament voted on whether to enforce legislative protections for ‘meat-related terms’, but the law was not passed after officials determined that the labels are not confusing.

Commenting at the time the European Consumer Organization said: “Consumers are in no way confused by a soy steak or chickpea-based sausage, so long as it is clearly labelled as vegetarian or vegan.

“Terms such as ‘burger’ or ‘steak’ on plant-based items simply make it much easier for consumers to know how to integrate these products within a meal.”