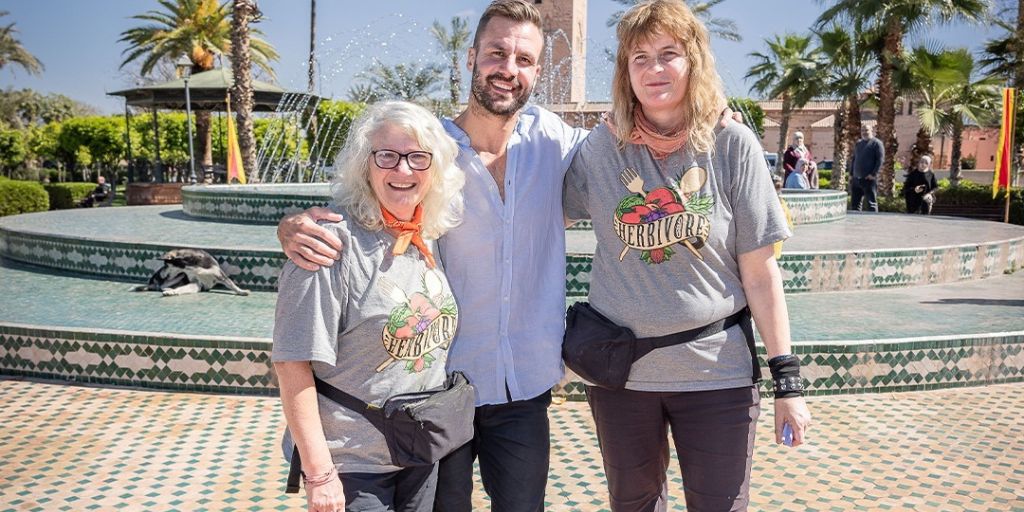 In this week’s episode of the Amazing Race Australia,  contestants Bren and Anja were eliminated after they refused to attempt a task that required them to skin goat hides in Marrakesh.

The challenge for the round was ‘using the local method, soak the skin and  remove the fur from five goat hides to receive your next clue.’

Hearing it, Anja exclaimed: “Oh no! I’m not doing this.”

Rather than attempt a challenge that compromised their ethical principles, the ‘Vegan Warriors’ opted for a penalty instead.

This decision ultimately saw them arrive at the Pit Stop in last place and get eliminated from the race.

Despite losing the race and the $250,000 cash prize, which they intended to donate to animal sanctuaries and welfare charities, the Sydney-based friends, who first met at an animal rights activist event seven years ago, were confident they “made the right decision 100%”.

“We could smell the stench of the tannery before we reached it, and when we got there I just lost it.”

“It was very shameful, but that is life,” Anja added. “Life goes on.”

The team’s untimely exit from the show led to an outpouring of support for the contestants and a backlash for the show.

“Well done ladies to stand by your beliefs,” wrote one Instagram user.

“The burger comment as they were kicked off the show for not doing something that was against their beliefs was absolutely disrespectful. Any other religion or belief this show would have catered or changed the rules. Wake up Amazing Race Australia this act was completely disrespectful,” another added.

“Shame on channel 10’s The Amazing Race for making a challenge with dead animals knowing one team is vegan,” a third commented.

This isn’t the first time a vegan contestant has had to quit a reality show because the format went against their ethical beliefs.

Earlier this year, vegan and professional athlete Alex Lenghel walked out of Romanian MasterChef after judges ordered him to cook meat during the elimination round of the competition.

He was the show’s first-ever vegan contestant.

After leaving the show, Langhel explained that he believed it was wrong to kill animals for pleasure and added that cooking meat was against his moral beliefs.

He further added that in the future, he hoped reality shows like MasterChef would consider the ethical beliefs of contestants and offer alternate ingredients and plant-based alternatives.

Share this story: Vegan contestants eliminated from Amazing Race for refusing  to skin a goat.