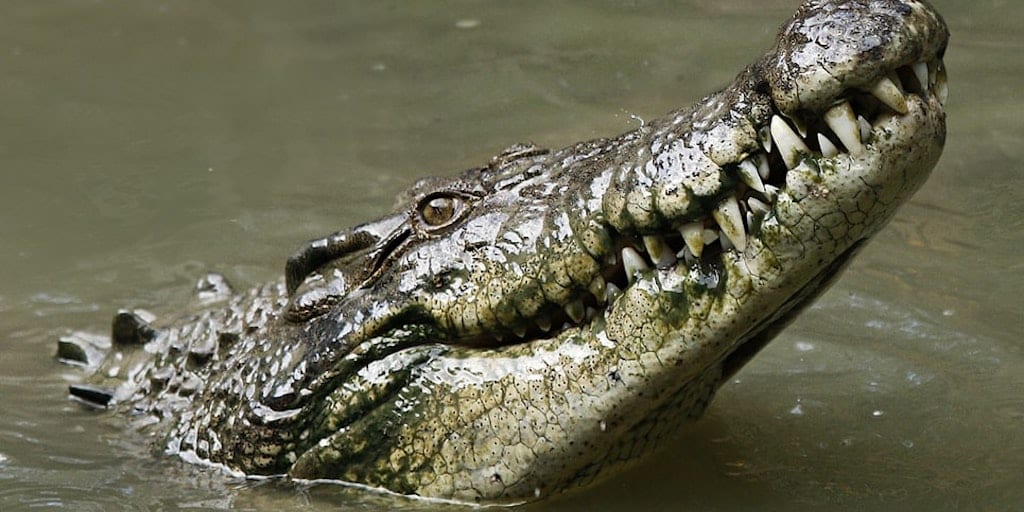 New research analysing ancient tooth fossils reveals that even one of the world’s most formidable predators used to be vegan.

Scientists have discovered that ancestors of the modern crocodile had specialised teeth which were designed for grinding vegetables rather than eating animal flesh.

Researchers concluded that between three to six members of the crocodile and alligator family which lived on Earth 200 million years ago had vegan diets.

The study, published in Current Biology, looked at 146 tooth fossils from 16 different animals, and noticed they were shaped in a similar way to herbivore dinosaurs which became extinct millions of years ago.

Modern day crocodiles have sharp teeth useful for a carnivorous diet, but the teeth studied had shapes like no known living animal today.

The complex shapes led researchers to believe they were adapted to eating exclusively vegetables.

Study author Keegan Melstrom, a doctoral student at the University of Utah, US, said: “The most interesting thing we discovered was how frequently it seems extinct crocodyliforms ate plants.

“Omnivores, organisms that eat both plant and animal material, fall somewhere in between.

“Our study indicates that complexly-shaped teeth, which we infer to indicate herbivory, appear in the extinct relatives of crocodiles at least three times and maybe as many as six.

“Part of my earlier research showed that this pattern holds in living reptiles that have teeth, such as crocodylians and lizards.

“So these results told us that the basic pattern between diet and teeth is found in both mammals and reptiles, despite very different tooth shapes, and is applicable to extinct reptiles.”

What do you think of this research? Share your thoughts in the comments below!