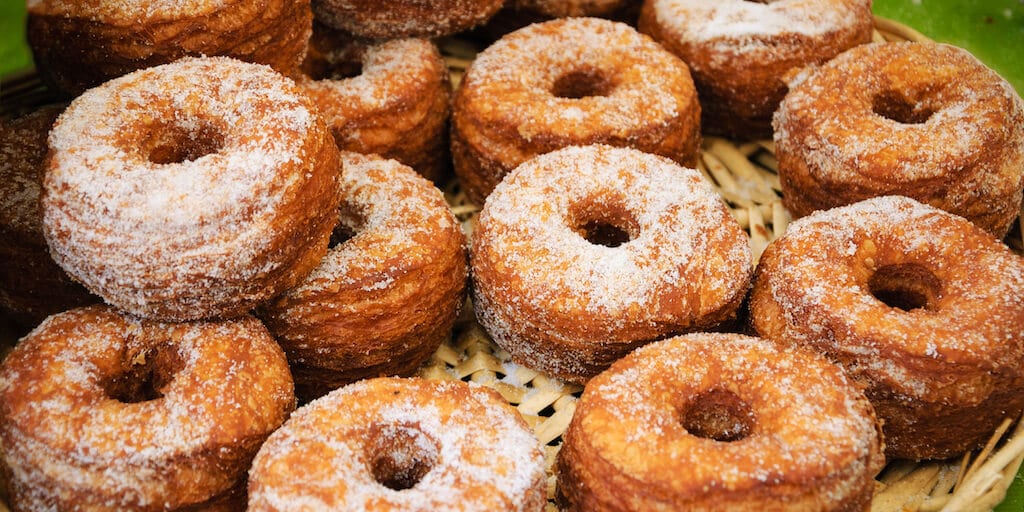 The new vegan offering is a doughnut croissant hybrid.

The popular food blog, sharing an image of the doughnut croissant hybrid, said a Crodot is “a laminated dough as exquisite as a croissant.

“Dots on the outside and croissant on the inside. Covered with a tasty and crispy crust.”

The soya-based sweet treat costs £1.50 for a pack of two at the supermarket.

“I found these today and they’re SO good!!” added another.

‘These are amazing, tastes so good!” commented a third

While many were excited to try out the new vegan treat, one Instagram user said the newly labelled Crodot was actually a revamped Cronut, which has been on the market for years.

The UK’s largest supermarket has been steadily expanding its vegan range since debuting its Wicked Kitchen range in 2018.

The sales target follows the retailer witnessing a 50% increase in the demand for frozen meat-free foods, including burger, sausage, and mince substitutes over the last year.

The retailer has lined up turkey-free crowns and vegan mince pies for the festive season.

With demand for plant-based Christmas sandwiches doubling between 2018 and 2019, Tesco has also launched two vegan wraps for the season.

Tesco Product Developer, Stephanie Bacon, said: “Last year, Tesco sold 4 million sandwiches to those looking for a festive meal at work, at home or on the move.

“This year the most popular sandwiches have been joined by the brand-new Tesco Plant Chef Root Veg & Chestnut Wrap, which was developed as we continue to see an increased desire for plant-based Christmas alternatives.”

Share this story to let others know about Tesco’s vegan range.