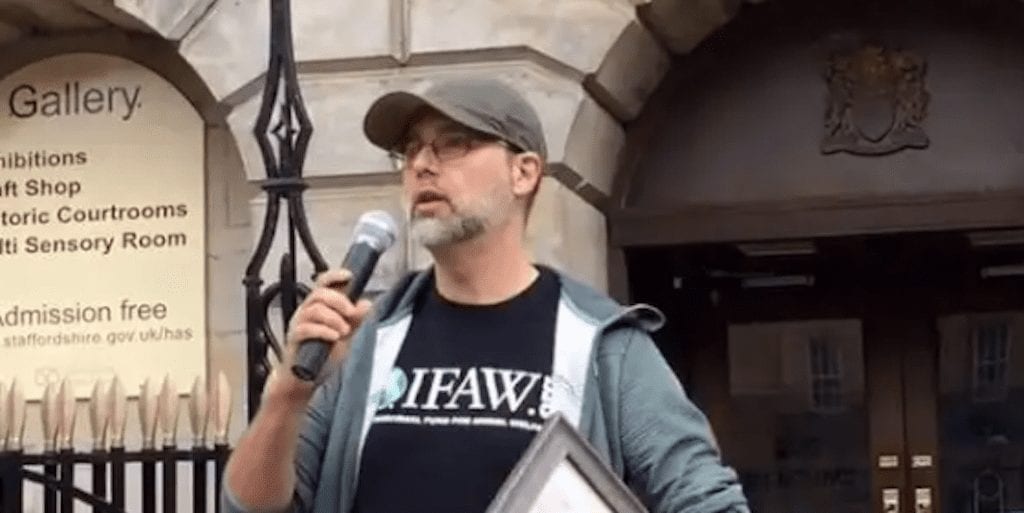 A vegan who claims he was sacked for his beliefs has crowdfunded £33,000 for a landmark case which will decide whether veganism is protected by law.

A former employee of League Against Cruel Sports, Jordi Casamitjana, argues he was discriminated against by the company for being vegan.

He claimed he was fired after he exposed the charity for investing its pension funds in firms involved in animal testing.

Before the case against his former employer can begin, a pretrial set for 13-14 March will decide if discrimination against vegans should be legally protected under the Equality Act 2010 as a ‘philosophical belief’, and therefore factored into his case.

The League Against Cruel Sports has dismissed his claims, explaining he was fired for gross misconduct.

Casamitjana told Totally Vegan Buzz: “This is larger than just my case. If I win, everyone benefits. It’s far greater than people imagine.

“Every vegan should be interested in the success of this. If I can’t pay the lawyers and I lose, then everyone loses.”

He reported crowdfunding of a total £33,000 of a £40,000 target for legal fees, but does not know what the total cost of the case will be and is appealing for further support.

If he were to win the trial, any form of discrimination against a person for being vegan would be illegal in the UK.

“The direct implication is that nobody can be sacked or threatened to be sacked based on their beliefs. It will be easier for people to say ‘look, this belief is protected by law’,” Casamitjana explained.

“It would mean fewer people would be scared to talk about their beliefs.”

And it could have a huge knock-on effect on workplaces and big business, he argued.

“Companies would be legally obliged to provide vegan options. If they didn’t, someone could say ‘look, I know my rights’,” he told Totally Vegan Buzz.

“Companies would be forced to follow the laws as they wouldn’t want to risk having complaints.”

It could also have knock-on effects for schools, hospitals, prisons and other large organisations, he explained.

“Pubs wouldn’t be able to have signs saying ‘vegans not welcome’.

“Activists’ voices would be more heard and respected. They would know they can speak up when before they could have been scared. You could speak knowing the law protects you.

“Ultimately more animals would be helped.”

“I am already encouraged by how much debate my case has created. It’s been covered by 350 websites in 23 countries,” Casamitjana continued.

“Lots of people have been giving their opinions about my chances, including lawyers, and most believe I will win.”

To qualify as a philosophical belief legally, veganism must be ‘genuine, be a weighty and substantial aspect of human life and behaviour and attain a level of cogency, seriousness, cohesion and importance’.

It must also be deemed worthy of respect in a democratic society, not be incompatible with human dignity and not conflict with the fundamental rights of others.

Casamitjana’s solicitor, Peter Daly, of Bindmans LLP, said: “If we are successful, we will achieve a judgment which formally recognises the protected status of ethical veganism and which could then be used as the basis to combat discrimination against vegans in employment, in the provision of goods and services, and in education.”

Casamitjana describes himself as an ‘ethical vegan’, and has not consumed animal products for 17 years.

He claimed he discovered his employer was investing its pension fund in companies that carry out animal testing.

You can donate to Casamitjana’s case here. Should veganism be recognised as a philosophical belief? Tell us in the comments section below!