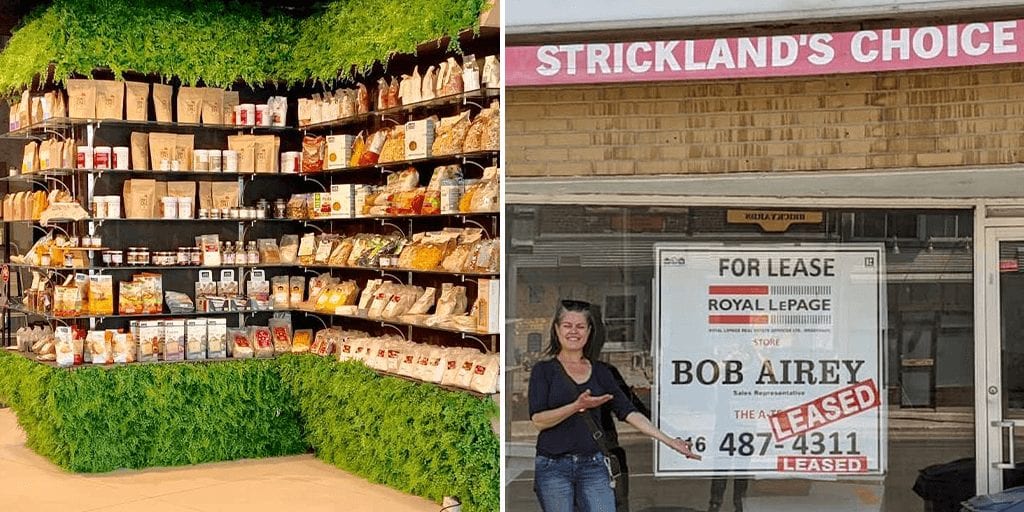 The Strickland’s Choice Meats, a  family-owned butcher shop at 245 Greenwood Avenue, which shut down after more than 40 years of operation will be transformed into a meatless deli selling house made vegan prepared meals, skewers, cutlets, sauces, salads such as potato and macaroni, and sandwiches such as tofu salad, chickpea salad, and Montreal smoked meat.

Named Jinglepear Deli, the owner Sinéad Hammons said a lack of good local vegan food and her passion for animal welfare encouraged her to open the deli.

“I wanted to bring my personal values as a vegan, a parent, and an animal liberation activist to a business where people could shop for many everyday plant-based items they can’t find elsewhere,” she told VegNews.

She added that she ends up making “majority of meals and ingredients from scratch for ethical, economical, and environmental reasons” since she is averse to “things like palm oil, plastic, highly processed, and expensive packaged foods” and is therefore excited at the prospect of her new vegan deli.

Hammons also posted a sneak tour of the shop on Instagram, which has essentially been left as it with counters, tabletops, sinks, etc and all Jinglepear has to do to get the place up and running by August is essential renovations and repairs.

The onset of the coronavirus pandemic has propelled an already burgeoning demand in plant-based foods globally.

A MarketsandMarkets report revealed the global plant-based meat market is projected to grow from $3.6 billion in 2020 to $4.2 billion by 2021.

According to Global Market Insights, the plant-based meat market in North America, driven by Canada is poised to register over 10% CAGR up to 2025.

Increasing awareness on potential risks of contaminated meat products along with disease outbreak risks from animals is gradually shifting the food landscape leading to a higher demand for veggie options from conscious consumers.