Vegan diet lowers the need for medicines in seniors by 58%, study finds 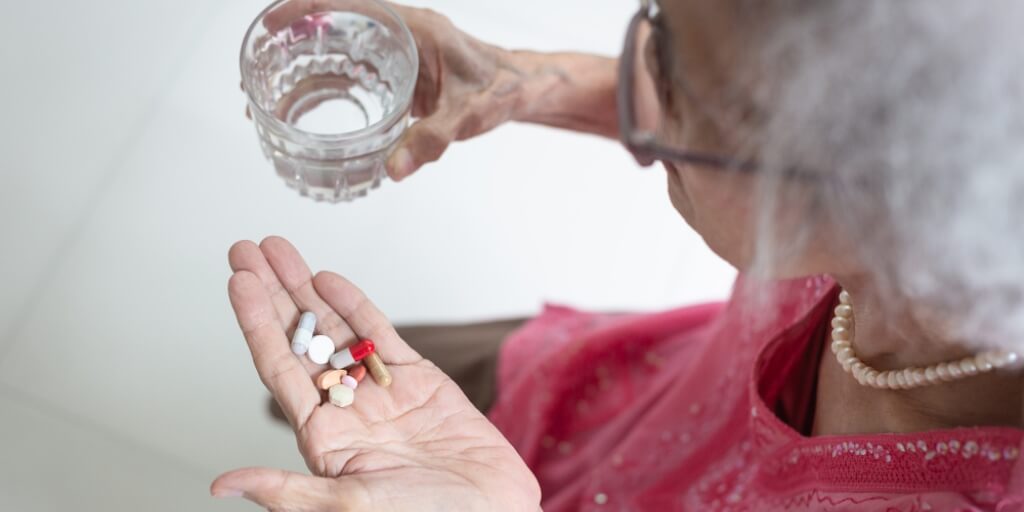 The new study was published in the American Journal of Lifestyle Medicine last month.

A new study has linked eating a vegan diet to lowering the number of medications required by older adults.

Published in the medical journal American Journal of Lifestyle Medicine, the study’s researchers investigated the association between diet and polypharmacy – where a person takes five (or more) prescribed medications.

They found that a vegan diet reduces the number of pills by 58% compared to a non-vegetarian one.

Polypharmacy, which is fairly common in older people, comes with potential risks. According to researchers, patients who take more than five medications a day carry an 88 % higher risk of adverse drug events. Furthermore, these individuals also tend to have higher mortality rates.

The study analysed data from 328 participants (all aged 60-plus), through questionnaires and measurements taken at the Loma Linda University Drayson Center in California between 2015 and 2016.

Researchers found that while an increase in age, body mass index, and presence of disease increased the number of medications taken, those on a vegan diet consumed the lowest number of pills than all other dietary groups.

Another ‘interesting result’ was that while vegan participants had fewer medications prescribed, vegetarian participants were taking similar amount of pills to meat-eaters.

The study concluded: “Our results show that eating healthy, especially a vegan diet, may be protective in leading to a reduced number of pills taken, either by preventing the development of risk factors and/or cardiovascular disease or by helping on the controlling of such conditions.”

The new research is just one of a number   of studies pointing to the health benefits of eating wholesome plant-based foods.

This year, a study published in Cardiovascular Research, showed that plant-based foods can slash the risk for cardiovascular disease (CVD) and atherosclerosis when compared to diets that include animal products.

Another study published by the North American Menopause Society in the journal Menopause showed that a plant-based diet rich in soy can reduce moderate-to-severe hot flashes in postmenopausal women by 84%.

Share this story: Vegan diet lowers the need for medicines in seniors by 58%, study finds.