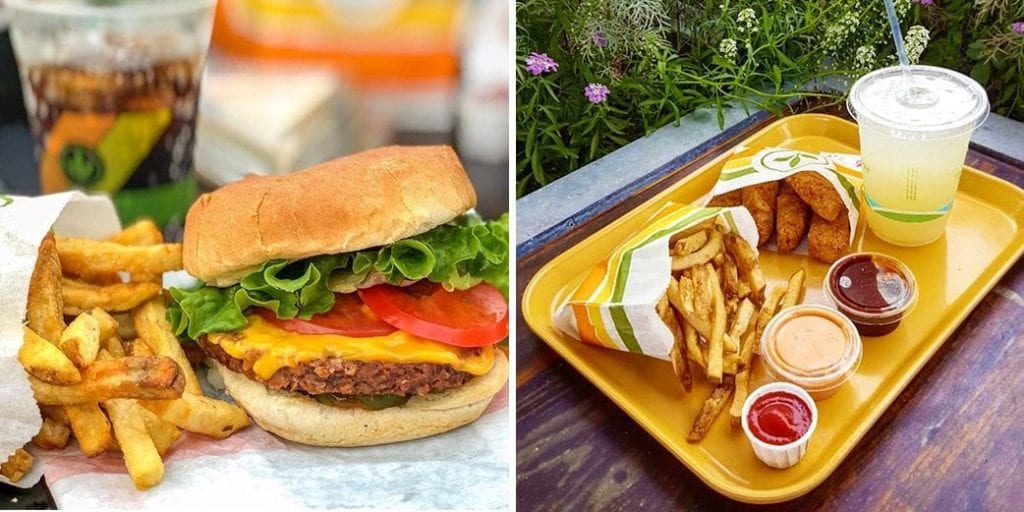 San Diego’s vegan chain Plant Power Fast Food (PPFF) has taken over a closed Carl’s Jr outlet and will convert it into a vegan drive-thru by early 2020.

Plant Power Fast Food that started out to provide plant-based fast-food alternatives to customers looking for healthier options to fast food will set up its next vegan drive-thru in Fountain Valley, CA.

Customers will get to choose from an array of vegan fast food, such as chicken nuggets, almond milk-based milkshakes, and classic burgers.

The Fountain Valley take over follows the brand opening its first LA/OC location in Long Beach at the corner of the Pacific coast replacing University Burger in June.

Currently, the chain operates in five locations but is looking to rapidly expand to four more Southern California locations in the next 16 months.

Zach Vouga, PPFF co-founder, said: “Our secret mission has always been to turn more people on to a vegan diet. It’s obviously the wave of the future.

“But we totally understand that diet is such a personal issue and that each person goes at his or her own pace. So the Plant Power Fast Food brand is really all about turning people on to how delicious plant-based food can be.

“And we’re doing it in a way that’s welcoming and fun. Our brand isn’t preachy; the food itself is the message.”

Although, vegans currently make up just less than 5 percent of the U.S. population, as per The Economist, a survey by consulting agency Cultivate Insights found 48 percent of US adult participants state they had ditched meat and dairy meals for plant-based alternatives between April 2019 and July 2019.

As more consumers continue to recognize the benefits of plant-based eating to their health, animals and the planet, the demand for animal free options is bound to keep rising.

Have you tried PPFF’s vegan options? Share your thoughts in the comments below!