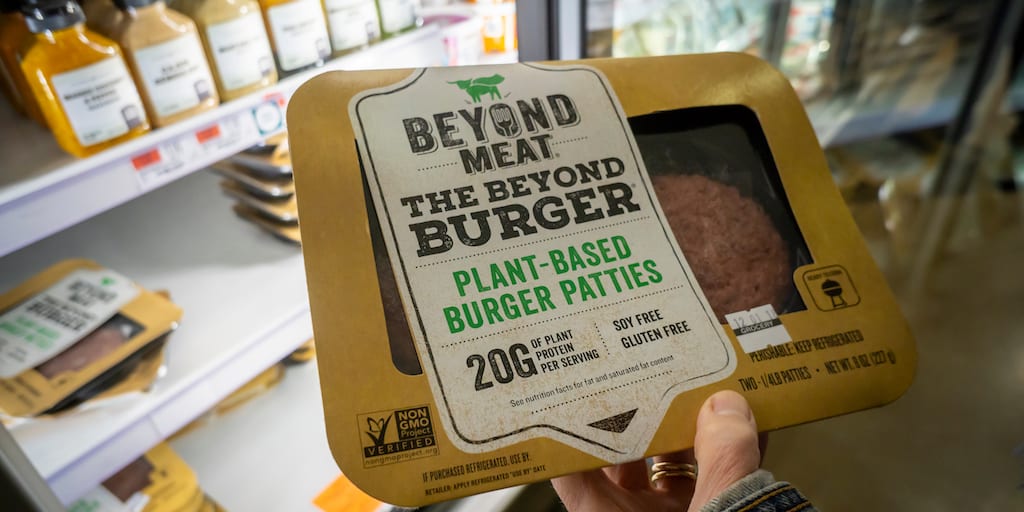 According to analysts, nearly two-thirds of Britons chose to eat meat substitutes last year and the trend has been increasing since the past two years going from 50% in 2017 to 65% in 2019.

The top reasons that drove customers to limit meat in the report were health (32%), environment (25%) and lesser food expenditure (31%).

Although the vegan trend is fast catching on with numerous studies extolling plant food benefits, and growing concerns related to health, environment and animal welfare plaguing the meat and dairy industry, Mintel analysis found 88% of Britons still preferred to eat red meat or poultry and  those following a vegan diet amounted to only 1% of the UK population

However, people are gradually transitioning towards a flexitarian diet consisting of predominantly plant-based food with some meat and fish.

“Many consumers perceive that plant-based foods are a healthier option and this notion is the key driver behind the reduction in meat consumption in recent years.”

In a separate poll commissioned by comparison website Finder, 23% Of Brits have resolved to go meat free by the end of the year.

The survey conducted in December 2019 reported that 12 million Brits intend to adopt a vegan, vegetarian, or pescatarian diet by 2021.

“Although quite a lot of people seem to have struggled to make the permanent switch to a meat-free diet over the past 12 months, this year’s findings echo our previous research in showing that adopting a veggie diet is a high priority for the UK,” said  Finder shopping and travel specialist, Georgia-Rose Johnson.

She added that veganism is poised to grow substantially in the coming months as “meat-free diets and being ‘flexitarian’ are getting more media exposure than ever.”

M&S churned out a massive and impressive vegan lineup with all kinds of vegan treats, ready meals, snack food, healthy dinners, curries and drinks for the new year.

KFC rolled out an original recipe vegan burger in its UK restaurants on January 2 after several limited time trials in different outlets.

Greggs  followed up on its successful vegan sausage with a vegan version of is popular steak bake made from ‘savory flavor Quorn mycoprotein pieces and diced onions in gravy, and wrapped in crisp puff pastry’.