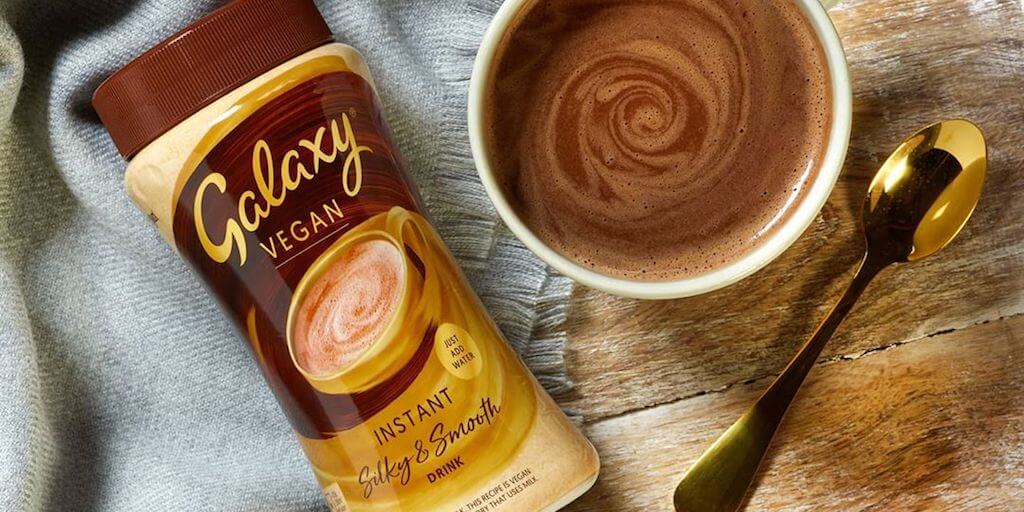 The new vegan hot chocolate is priced at £2.99 and available to buy in Waitrose now.

The launch of the new vegan Hot Chocolate could not have come at a better time as temperature begin to dip and cravings for a steamy mug of chocolatey goodness on a chilly night set in.

The Galaxy Vegan Hot Chocolate is priced at £2.99 and available to buy in Waitrose now.

Mars has been expanding its vegan range since debuting three delicious flavours in the free-from aisle in November 2019.

Galaxy, which became the first major milk chocolate brand to launch a fully vegan alternative uses hazelnut paste and rice syrup instead of dairy to make its range vegan.

Though the packaging still carries a warning that the chocs “may contain milk,” the brand states it is just a precautionary warning since the dairy free bars are also made in the same factory making milk bars.

Commenting on the launches at the time, Mars Wrigley UK’s unit director Kerry Cavanaugh said: “We’re so excited to be bringing these delicious treats to Galaxy’s range using a vegan recipe that doesn’t compromise on the brand’s signature smooth and creamy characteristics.

“Wherever you look you can’t avoid the vegan buzz in the UK. We think that by introducing Galaxy, one of the UK’s best-known brands, there is a huge opportunity for the category to grow.

“This is our first vegan product and we felt it was time to offer fans of our best-selling Galaxy brand more choice.”

Share his news to let others know about the New Vegan Galaxy Instant Hot Chocolate drink.