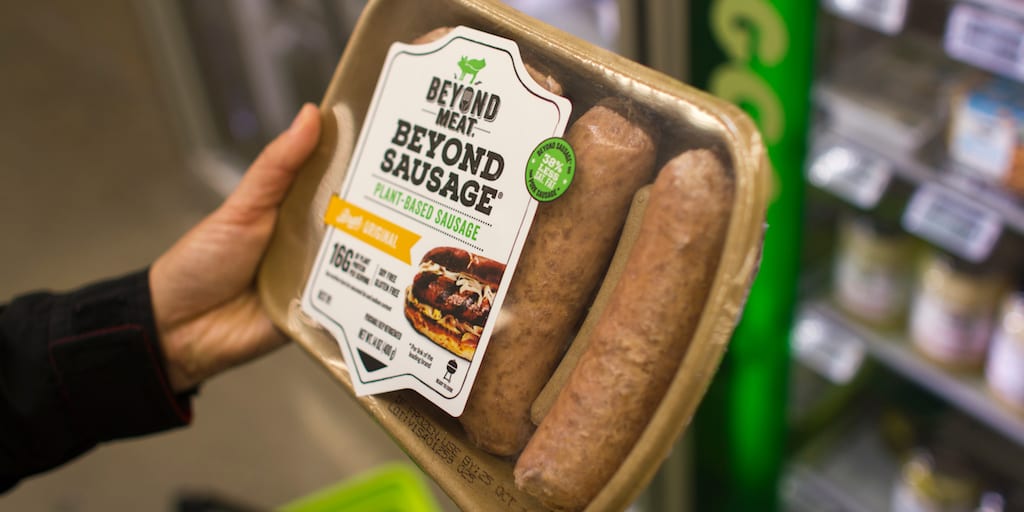 The COVID-19 pandemic has led to a staggering 279.8 % increase in plant-based meat sales in the US.

According to a market research report released by Nielsen, US consumers are opting for plant-based meat alternatives like never before.

The report comparing sales data for 2 weeks of March with the same period last year showed that sales of vegan meats soared by 279.8 % and 206.4% for the weeks ending on March 14 and March 7 respectively.

Cooked vegan meats sales also grew by 27.1 percent for the week ending March 7 and rose to 84.6 percent in the following week.

Despite the COVID-19 pandemic leading shoppers to ransack supermarkets to stockpile on food items for the lockdown period, meat products have not seen the same rise in sales.

Sales for fully cooked chicken for the 2 weeks also grew marginally by 4.8% and 35% respectively.

Coronavirus and the meat industry

The virus that reportedly originated in a wet market in Wuhan, China in December has got the spotlight back on the public health dangers of meat consumption.

Besides risking disease outbreaks, animal agriculture is also considered the biggest polluting contributor on the planet.

Studies have estimated animal agriculture is responsible for nearly 18% of the total global greenhouse gases emitted in the world, a percentage greater than that contributed by all types of transportation combined.

The implications of the meat industry on land and water resources is even more pronounced with deforestation, soil erosion, extinction of species, water contamination, and more.

With the shifting landscape of consumers’ food preferences for health, environment and ethical reasons, the plant-based sector has become one of the most rapidly rising industries in recent times.

Recent data from Allied Market Research shows that developed markets such as North America and Europe have witnessed a surge in health and environmental awareness and consumers preferring meat consumption are gradually declining with a corresponding increase in the interest for meatless alternatives.

The report estimated the vegan meat sector would be worth $8.1 billion by 2026.