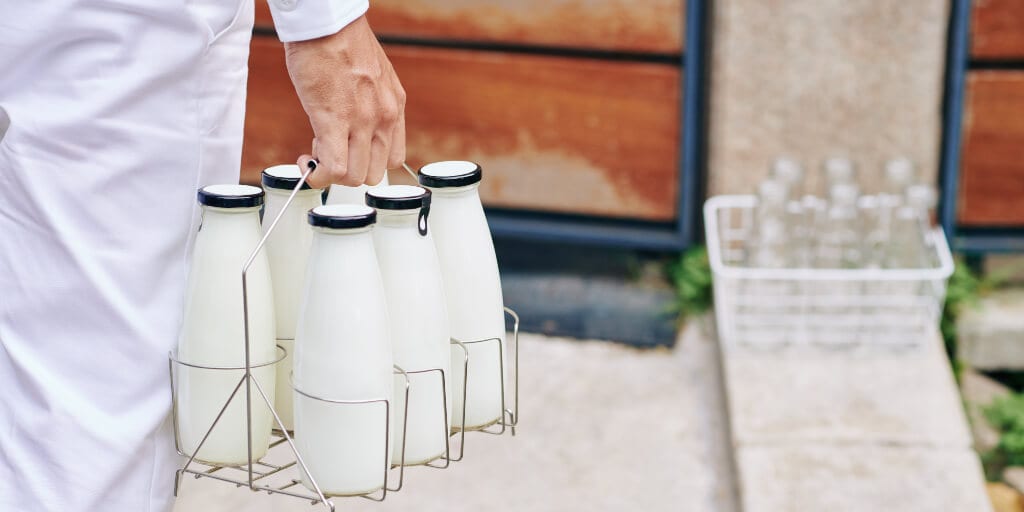 “Every gallon of plant-based product bought by a household could be replacing an equal-sized sale by dairy suppliers.”

Vegan milk alternatives are slowly replacing cow’s milk in American households, according to a new report.

The data has been compiled by the United States Department of Agriculture (USDA).

On the other hand, purchases of almond, soy, and other plant-based products have increased by 36% from 0.028 gallon to 0.038 gallon per household per week.

According to ERS researchers, Americans have been drinking less and less fluid cow’s milk on a per person basis since the mid-1940s. However, in recent years, the rate of decline has increased significantly.

“Grocery store shelves and refrigerated cases offer a variety of non-dairy beverages with package labels that include the word ‘milk’,” the report states, indicating that plant-based milk alternatives could play a role in the declining of cow’s milk sales.

“Industry statistics show almond-based products are the most popular. Also available are cashew, pea, soy, and rice options, among others.”

“In other words, every gallon of plant-based product bought by a household could be replacing an equal-sized sale by dairy suppliers,” the report reveals.

‘Not a primary driver’

Despite the figures, the report notes that “sales of plant-based milk alternatives are contributing to—but not a primary driver of—declining sales of cow’s milk,” and cow’s milk still remains common in American diets.

According to Lucas Sjostrom, executive director of the Minnesota Milk Producers Association, about 340 million gallons of plant-based alternatives are consumed annually, compared to about 3.2 billion gallons of cow’s milk, the Jamestown Sun reports

“These alternatives are here to stay…,” he said.

Sjostrom further adds that although cow’s milk sales are slipping, it is nowhere “near falling off a cliff,” since the cow milk market is currently far larger than the plant-based milk market.