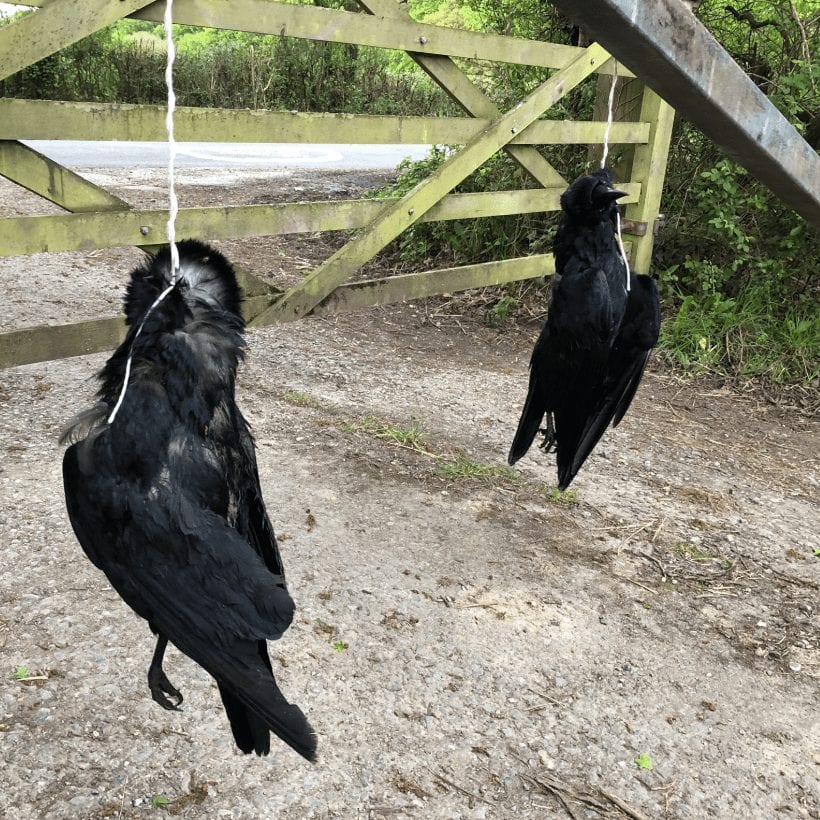 The Wild Justice group, which was founded by the naturalist, recently brought about the abrupt banning of a ‘general licence’ which allowed 16 species of birds to be shot.

The shooting industry were infuriated by the ban, which is suspected to have led to the vandalism and killing of the crows.

The perpetrators have also allegedly threatened Packham and glued his security gate shut.

Until Packham’s intervention there was no need for a licence to shoot birds such as crows, jays and woodpigeons in the UK.

Natural England will now need to draw up a new system to inform people how ‘pest’ birds can legally be dealt with.

Packham revealed the horrific attack on Twitter. He posted: “This was my gate this morning (it was vandalised) @HantsPolice & lawyers have been informed . [email protected] @NFUtweets @CAupdates @FarmersWeekly @Gameandwildlife @NaturalEngland can I ask you to comment on whether you condone this . Serious request – replies expected . Please RT”

Since the incident at his home, Packham has said he is ‘not going to be intimidated’.

“People like me with Asperger’s are not affected by this sort of thing. It doesn’t weaken our resolve. We’ve seen it this week with the trolling of Greta Thunberg,” he told The Guardian.

“We don’t care about that sort of stuff. It’s a complete waste of time but it’s unpleasant for my family.”

Packham decided to take action against bird shooting after he met a man near his country home who was shooting birds for pleasure.

The presenter has supported the use of farmers to control birds with non-lethal methods, but argues the regulations should be moved into the 21st century.

The National Farmers’ Union, the British Association for Shooting and Conservation and the British Game Alliance have all objected to the change to shooting laws.

And the ban has also sparked a petition calling for the presenter to be sacked, which now has more than 100,000 signatures.

However, Packham’s fans have set up a counter petition to support the presenter, which can be signed here.

Social media users condemned the vandalism and killing of the crows, and labelled Packham a ‘national icon’.

And Packham was not shy to defend the new shooting law.