Vegan presses charges against friends who tricked her into eating chicken 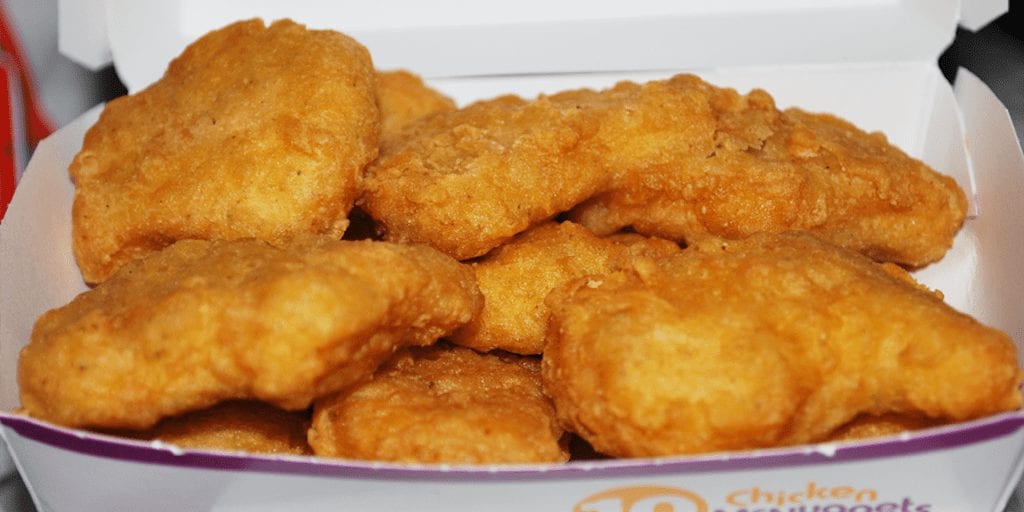 A devastated vegan reported her friends to police after discovering they had tricked her into eating chicken.

The 24-year-old vegan recounted her story on Reddit, stating that she had ditched meat products since a toddler and was furious after her friends pranked her into eating chicken nuggets at a party, which they said were vegan meat.

Using the handle “Veganthrowaway,” the vegan posted: “Four nights ago, I was at a party and I will admit, I got white girl wasted. My friends thought it would be funny to feed me chicken nuggets as a prank.

“I checked with them before chowing down, ‘Are these vegan?’ To which my friends replied, ‘Yeah, they’re Sunfed’ (a brand of vegan chicken sold in Australia and New Zealand).

“They tasted off to me but I figured it was just because I was drunk. I was wrong,” she claimed.

However, she was in for a shock when she checked her friend’s snapchat story that recorded her eating chicken, followed by one of the group impersonating her and pretended to cry while screaming “The chickens!”

She saved the video as proof and reported the incident to the police: “Now three of my (ex) friends are facing charges of food tampering,” she confirmed on the post.

Posting the question to the Reddit “Am I the A******?” group, she argued: “They all think that I’m overreacting to a ‘harmless’ prank, so Reddit, AITA? In my view, they took advantage of my drunken state, tampered with my food, and publicly humiliated me. In their view, it was just a prank.”

Her post garnered thousands of opinions. Some appreciated her courage to call out her friends for their distasteful prank.

“Friends don’t get to decide whose dietary requirements are preferences and which are necessities,” wrote one poster. “They had no way of knowing that she wouldn’t have a bad reaction to being fed chicken., and it’s a s***** way to mock someone’s deeply held beliefs.”

“Spongebob taught me that pranks are for the enjoyment of the pranksters,” wrote another user. “They did it for themselves at the expense of their friend, making it worse by mocking her and posting it on Snapchat.”

While others thought she had taken it too far.

Reddit user GroundhogNight wrote: “You’re pressing charges over chicken nuggets. You have a moral stance against meat. That’s fine. But it’s not a life-threatening allergy. It’s absolutely a sh*tty thing for them to do. They aren’t friends. They should be ashamed. But pressing charges is just way too much.”

“I’m Hindu and don’t eat any meat. I wouldn’t press charges if I was in the same situation. I would cut them off and all that, but pressing charges is just too f****** much … they don’t deserve to have their lives destroyed,” read another post.

Have you ever been tricked into eating meat? Share your stories in the comments section below!