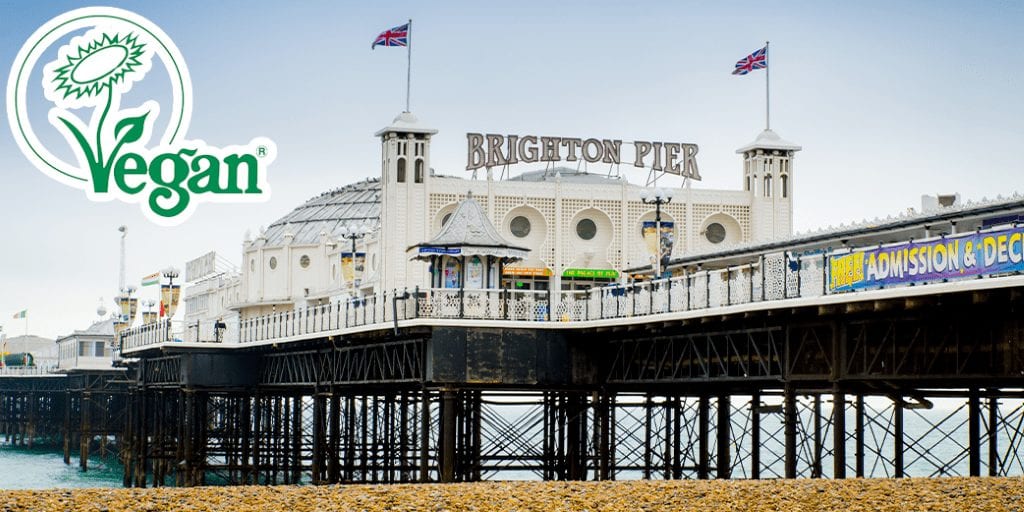 The Palm Court restaurant has taken over the doughnut shack on Brighton Palace Pier and will serve a new vegan menu starting next year.

Brighton Palace Pier is all set to welcome a new meat-free kiosk called Veg Up Your Day that will serve exclusive vegan fare.

“It’s going to be a new design in a new unit, and it will serve entirely vegan food,” informed Palm Court manager Rosario Abbate.

The kiosk will be run by Palm Court restaurant located in the same premises.

While the menu is yet to be finalized, the restaurant has been trialing new vegan recipes in its restaurant.

“The demand for vegan food is increasing. There are 70,000 vegans living in Brighton, and we’re hoping to appeal to them.

“We have a good number of vegan diners already. They’re looking for great vegan food rather than just a salad.”

The new restaurant will debut in the new year.

Apart from designing a vegan meu, Remy is also working on other conservation strategies to make the pier more sustainable and eco-friendly.

For instance, Remy informed that going forward, the pier will run on renewable electricity, and he also plans to replace the 160,000 plastic water bottles used each year in the pier with recyclable cans.

He also outlined his vision of making Veg Up Your Day the pier’s first home delivery restaurant.

Will you try the food at Veg Up Your Day? Share your thoughts in the comments below!