Vegan sashimi to debut in the UK 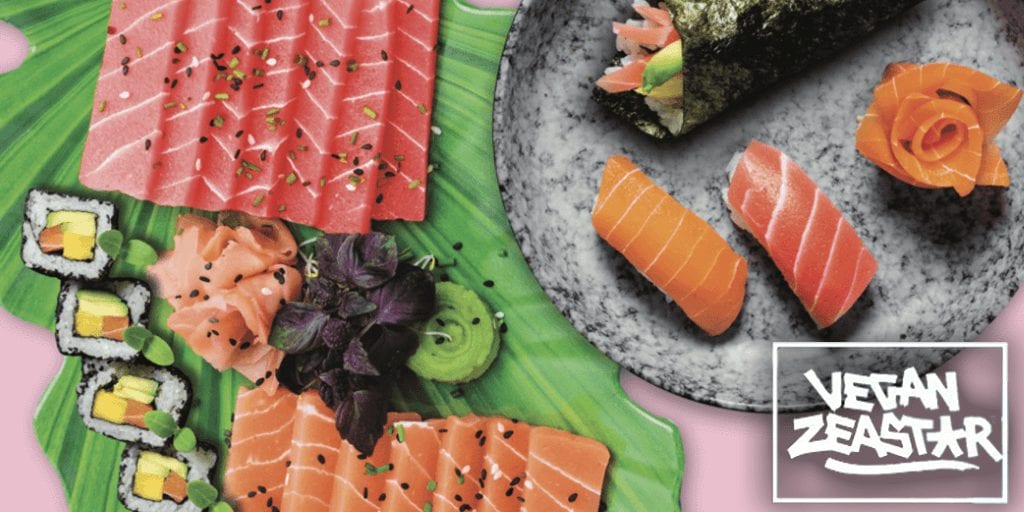 Vegan ZeaStar has announced plans to roll out its plant-based sashimi in other countries starting with the UK.

After introducing the 100% plant-based sashimi at the Jumbo Food Market in Groningen and  on the menus of the Vegan Junk Food Bars in Amsterdam and Rotterdam last year, the Dutch firm- Vegan ZeaStar (formerly known as “Vegan SeaStar”) is set to enter the international market through distributor Asian foods JFC in a bid to make its products accessible to seafood lovers globally.

The vegan “No Tuna” and “Zalmon” are alternatives to tuna and salmon respectively and are created by Vegan Finest Foods BV (a joint venture by consulting firm Vegan XL and Dutch restaurant chain Vegan Junk Food Bar).

The products are made from tapioca starch and seaweed glucose and fortified with plant-based omega 3 oils (flaxseed and rapeseed).

The company declares that it took them years to create the innovative vegan seafoods with the same flavour, quality and texture of sea fish.

In a statement to Food Manufacture, the firm’s spokesperson said: “The demand for tasty 100-percent plant-based products is growing rapidly worldwide.

“Reasons are diverse: health, ecological footprint, climate change which is largely attributed to the meat, fish, and dairy industry and overfishing—scientific reports are stating increasingly alarming numbers on fish stocks, implying that if fishing continues as [it does] now, oceans will be empty by 2048.

“As a distributor of plant-based products, Vegan Finest Foods can tell from its own experience that a shift is taking place in consumer habits.”

While traditional sashimi is a Japanese dish of thinly sliced raw fish considered a delicacy amongst seafood aficionados, overfishing, health risks with consuming contaminated sea-food, and the bad ecological consequences of tuna and salmon are making more customers choose plant-based alternatives that are more sustainable, eco-friendly and healthier.

Companies are working hard to create innovative plant-based alternatives to favourites such as sushi, sashimi and nigiri and the success of the vegan ZeaStar in the domestic markets has encouraged the company to launch the products internationally.  The company plans to introduce the vegan sashimi in supermarkets as well as other shops and restaurants in the near future.

Will you try the vegan sashimi? Tell us in the comments below!