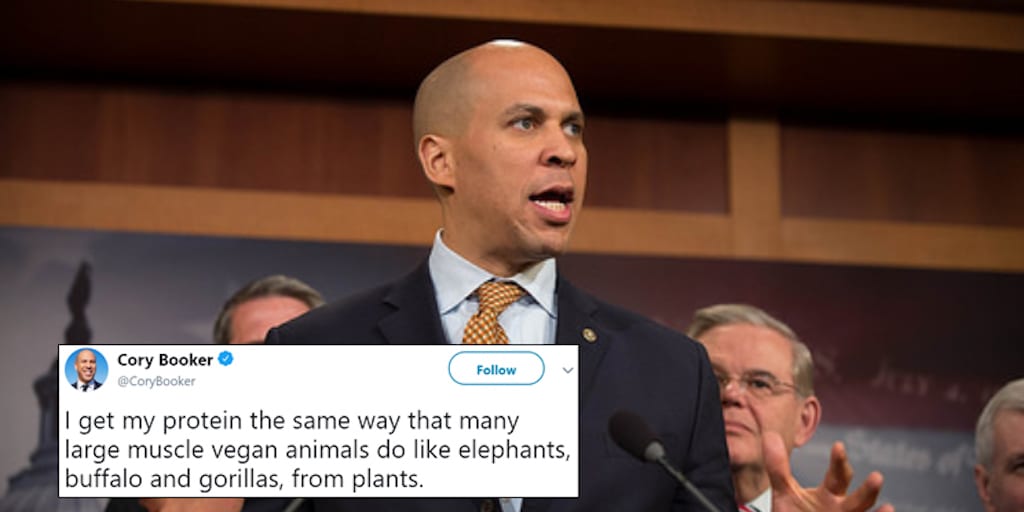 Earlier this year, vegan senator Cory Booker launched a campaign to become the next US president in 2020.

The 49-year-old Democratic senator for New Jersey would unsurprisingly be the first vegan president in the US.

Vegans celebrated his announcement earlier this year, excited by the prospect of a vegan holding one of the most powerful positions in the world. 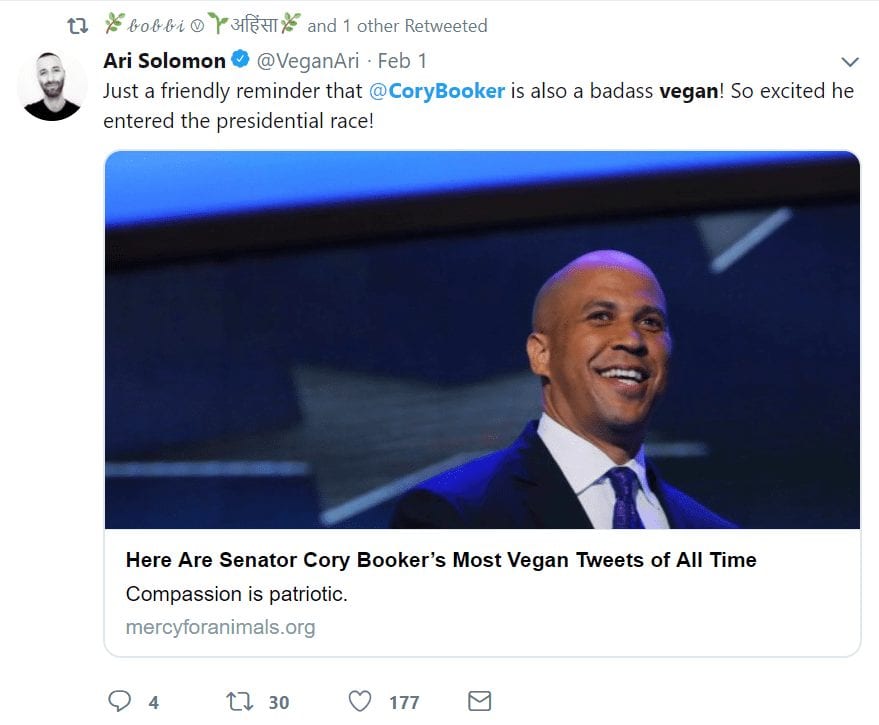 It could undoubtedly have a huge impact and assist the rapid rise of veganism in the US and beyond.

In May last year Booker took to Facebook to champion a plant-based diet.

He posted a picture of a vegan meal, and wrote: “I find myself more and more rejoicing in the delicious simplicity of a whole food, plant based diet.

“Last year I was too much of a junk food vegan – empty carbs, sugar, fat, etc.

“This year, while I do the occasional splurge (I’m loving the impossible burger), I have been focusing on eating unprocessed food with simple ingredients. The change in these first months of the year have been great from weight loss to more energy.

“Finding my way to optimal health is not a destination as much of a mindful journey. This year has been less about guilt and more about good food, less about casting judgement on myself and more about finding joy in the goodness of a whole food, plant based, non processed diet.

“The journey continues. May we all be kinder, to others and to ourselves.” 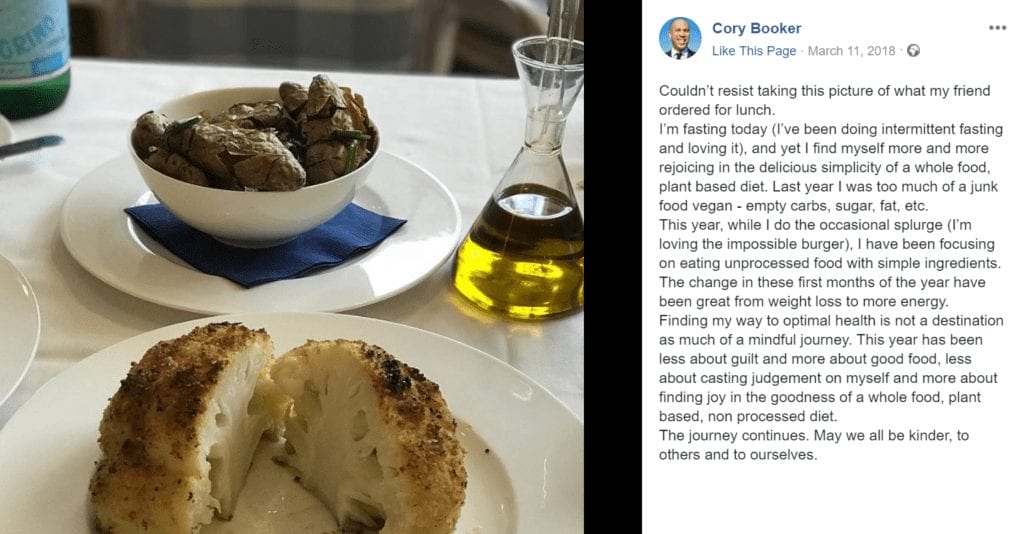 Booker has been vocal about his veganism on social media, and is never shy in responding to meat-eating trolls on his Twitter account. 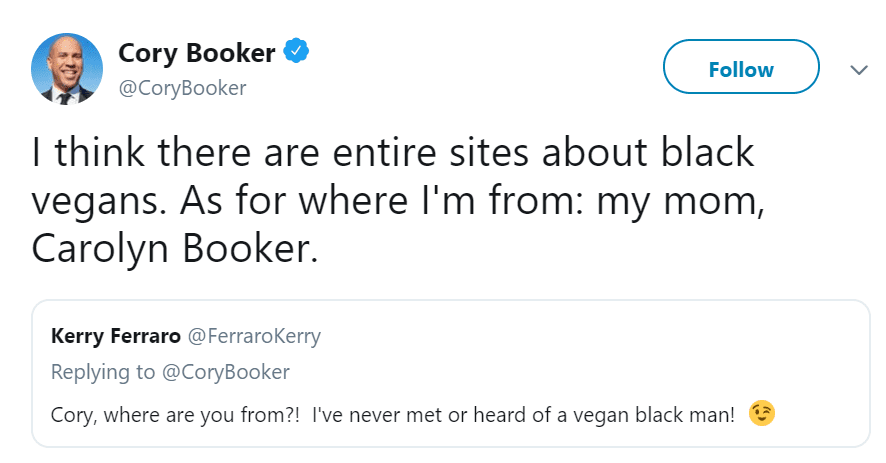 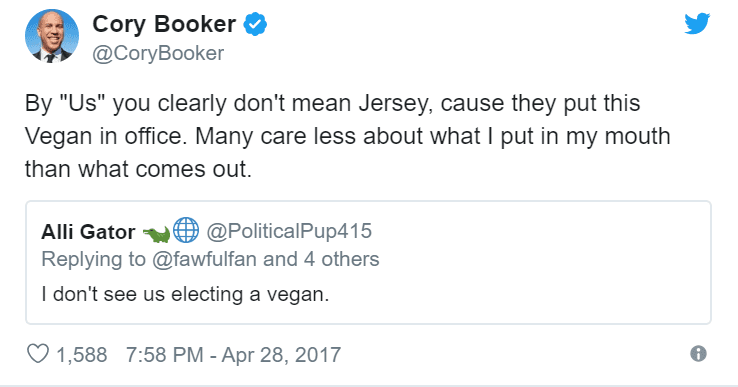 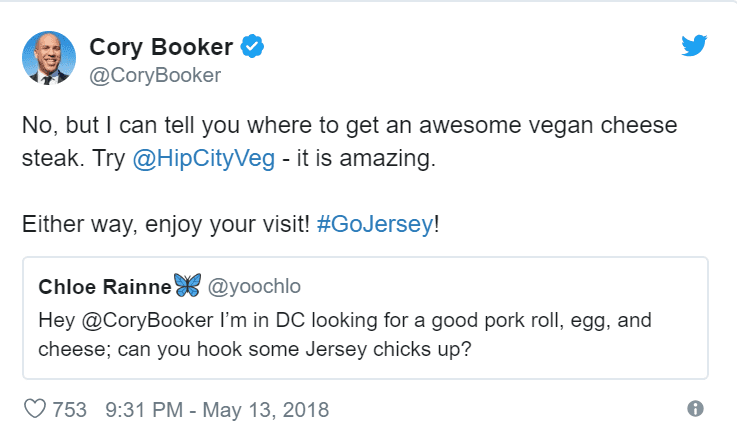 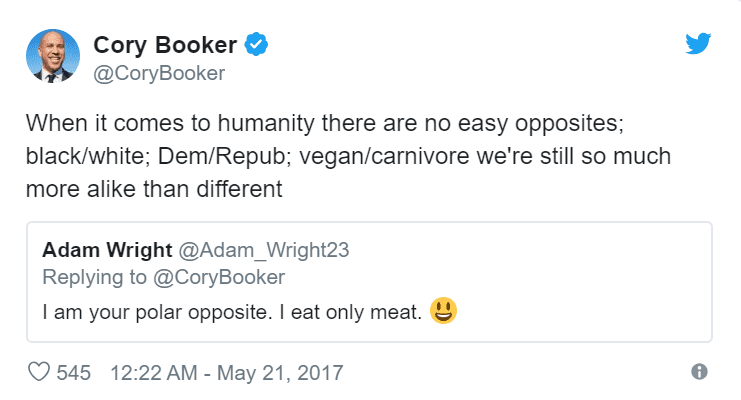 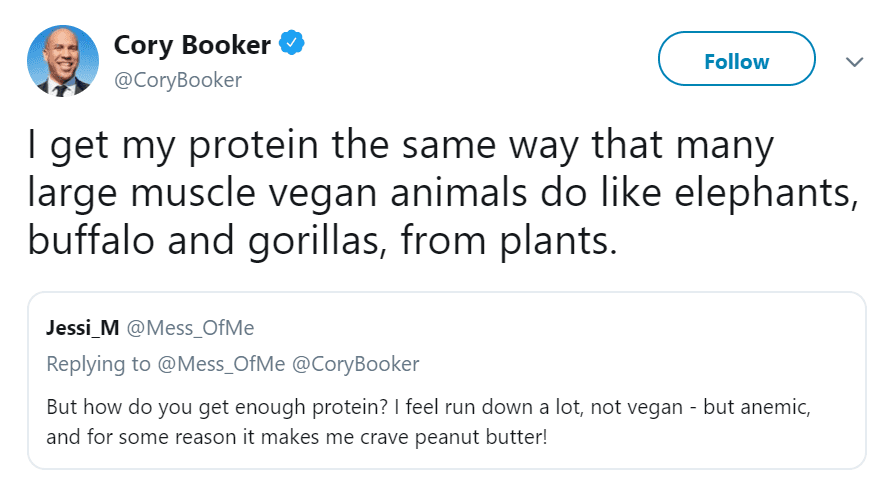 Booker also regularly posts about delicious plant-based food, and anything vegan that catches his eye. 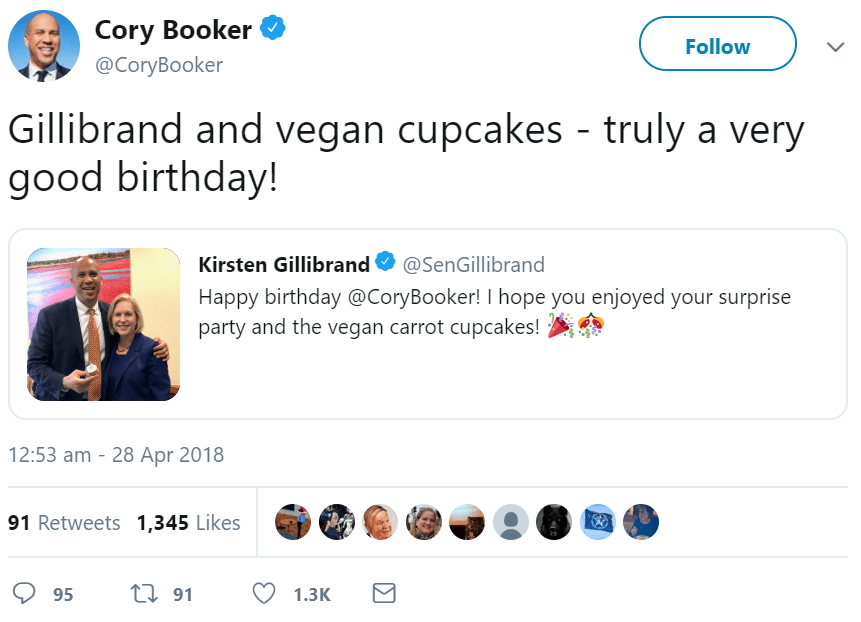 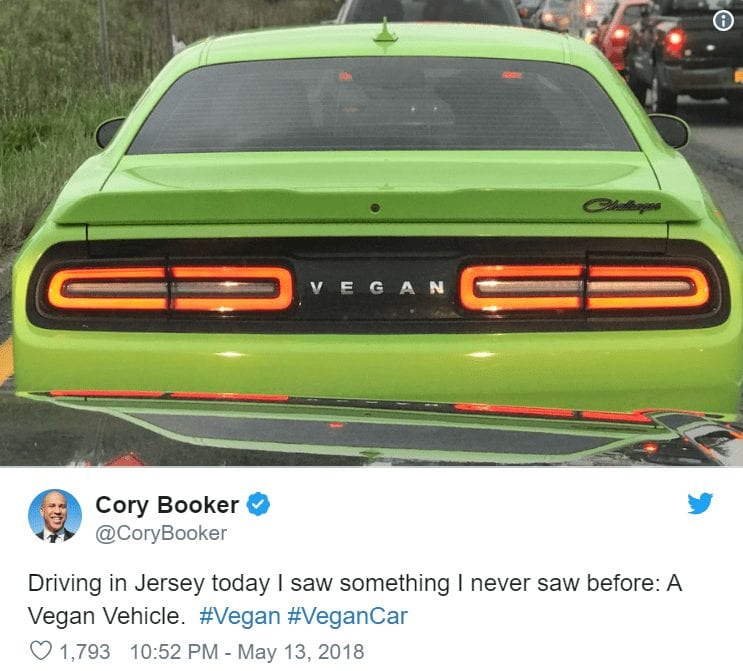 It will be interesting to see how much influence his lifestyle has on his presidential campaign.

“I won’t eat the pork chop on a stick, but there will be a lot of fried stuff,” Booker replied.

The Democrat also had a vegan burger named after him at vegan strip club Casa Diablo in Portland – The Booker Burger. 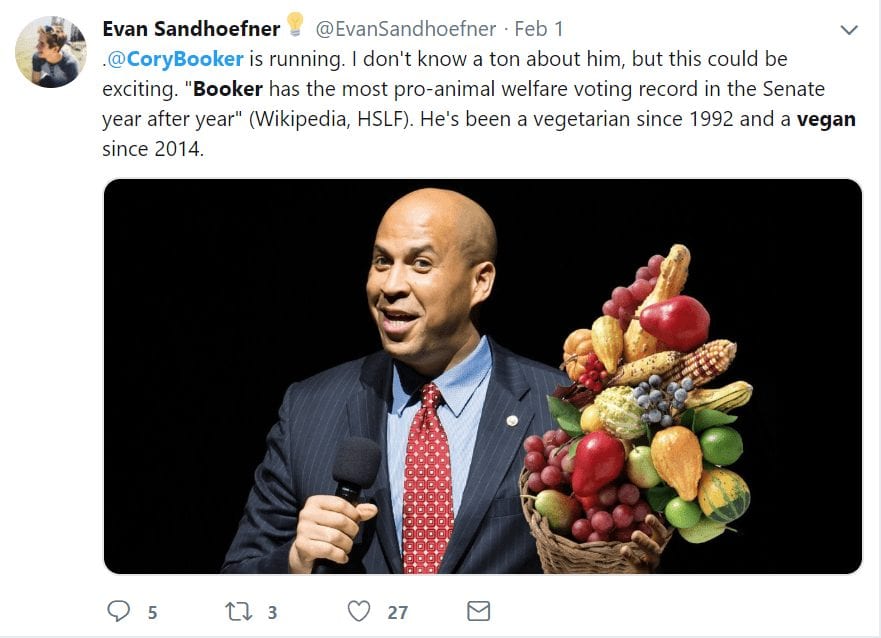 What do you think of Cory Booker’s presidential campaign? Tell us in the comments below!