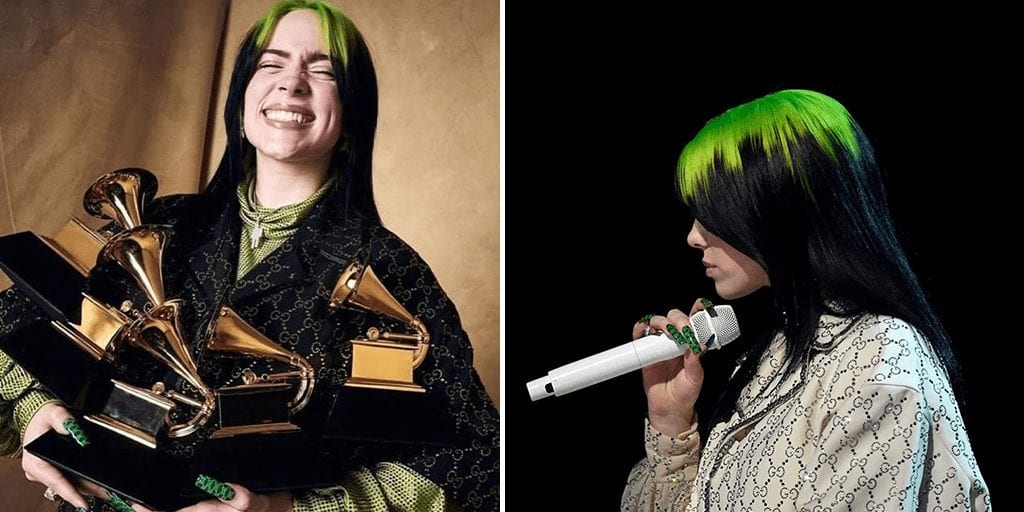 Vegan singer Billie Eilish has bagged awards in five categories: Album of the Year, Song of the Year, Best New Artist, Best Pop Vocal Album, and Record of the Year.

At 18, Billie Eilish made a sweeping victory at the recently held 62nd Grammy Awards. The teen pop queen became the youngest artist to have bagged the Album of the Year award for When We All Fall Asleep, Where Do We Go? which she co-produced with her brother Finneas O’Connell.

Among her various wins, she also became the first woman and only the second artist ever to win across all four major Grammy categories, which include Best New Artist, Best Song, Best Record, and Album of the Year.

Her rendition- “Bad Guy” won her awards in both the Record of the Year and Song of the Year categories while her “When We all Fall Asleep, Where Do We Go?”  also bagged the best pop vocal album.

However, Billie Eilish is not popular among the masses only for her immense talent, the singer is a passionate vegan and vocal animal welfare activist and regularly uses her social platform to spread awareness about climate change and animal cruelty.

For her upcoming March world-tour, Billie Eilish has partnered with Global Citizen to provide free tickets to fans who are keen to help save the planet.

She has also collaborated with  Reverb– a non-profit environmental organization to make her world tour ‘as green as possible’.

In one post, which she shared with her current 50. 6 million followers, Eilish highlighted the atrocities inflicted on animals used for wool and urged her fans to ditch the material.

In a week previous to the anti-wool message, she called out the mink industry, telling her followers that people who buy mink products ‘disgust’ her.

To further her green campaign, this month,  Billie Eilish released her sustainable Billie Eilish merch collection with H&M. The collection includes T-shirts, bucket hats, belt bags, beanies, sweatshirts, and socks all printed with Eilish logos and made from eco-friendly materials.

How influential can Billie Eilish’s activism be? Share your thoughts in the comments section below!