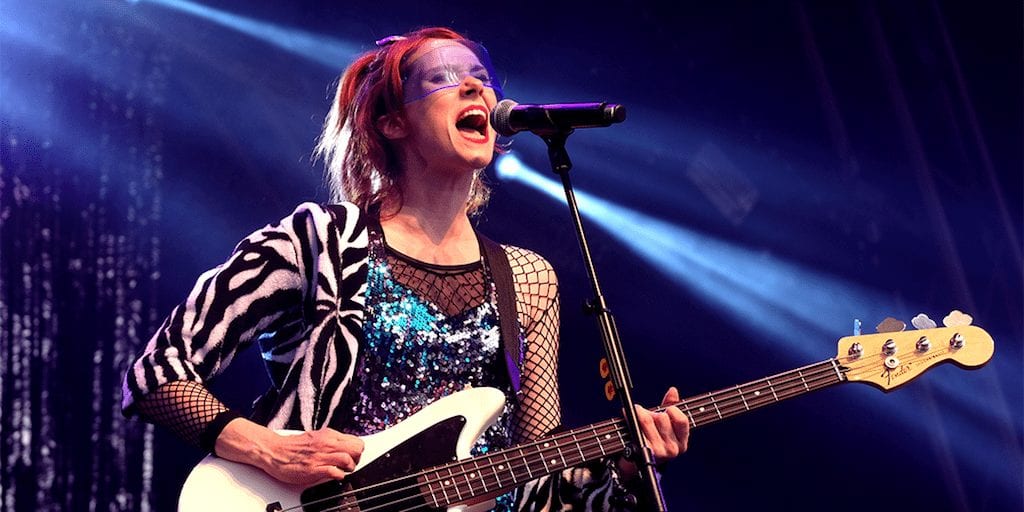 Vegan singer Kate Nash has posted a powerful message on social media in which she urges her followers to ditch animal products.

The musician has updated her Instagram bio to ‘go vegan and give a f**k’’ asking her 138,000 followers to become unapologetic vegans.

After transitioning to a full plant-based diet, the Dublin-born, London-raised singer-songwriter has become a passionate vegan and regularly pushes her weight behind animal protection, environmental and social causes.

Earlier this year, she hosted the awards night and fundraiser at the Vegan Fashion Week in Los Angeles performing alongside fellow vegan singer Moby.

According to her, artists, musicians, and young people are frontrunners in a world of sustainable fashion. “The younger generations are going to continue to become more aware and evolve to take care of the planet better simply because they will have to, to survive,” she said.

Her music also reflects her ethical/environmental agenda. Her January released track titled “Trash,” condemned plastic pollution because of the destruction it unleashes on earth once produced.

“We’ve done a lot of damage to the planet and being able to put my feelings about that into my songs is a way of trying to spread a message of awareness,” explained Nash on the reasons of having written such a song.

“The way we treat the planet reminded me of ways I’ve let myself be treated in relationships. Once you realize your worth you can accept more love into your love and positivity, I hope we can realize the Earth’s worth and treat it with more love,” she told Livekindly.

Kate Nash is one of the many celebrity singers that are actively involved in promoting veganism and condemning factory farming for animals, health, and the environment.

Recently, Bryan Adams posted a powerful message on social media in which he blamed meat eating for destroying the planet.

Sharing a picture on Instagram wearing a t-shirt that read ‘please stop killing whales’, he said: “There’s no need for it, despite any cultural or aboriginal claims of sustainability. The future is recognising that killing animals for food is f*****g up the planet.”

“I’m a vegan animal rights activist for many reasons, but ultimately because I believe at the core of my being that every animal has the right to live their own life, according to their own will.”

How influential can Kate Nash’s activism be? Share your thoughts in the comments section below!