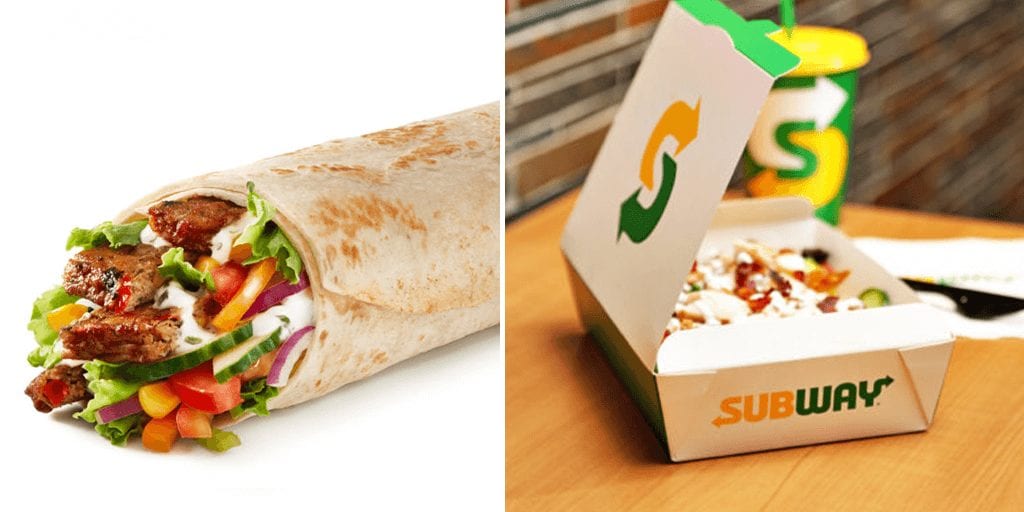 Sandwich chain Subway has added a new ‘Make Any 6” Sub a Wrap or Salad’ option to its menu to offer more choices to ‘vegans, vegetarians, flexitarians and those looking to reduce their meat-consumption.’

The menu update means you can now order the hugely popular Meatless Meatball Marinara, which won the Best Vegan Sandwich at PETA’s 2020 Vegan Food Awards, or the Plant Patty, as a tasty wrap filling or salad topping.

A spokesperson of the chain explained: “With all 6-inch subs, including two delicious plant-based options, now available to order as a wrap or salad, fans of the hugely popular Meatless Meatball Marinara or the newly named Plant Patty now have more choice than ever before.

“So you can now get your Meatless Meatball Marinara on a bed of salad greens, or Subway’s delicious Plant Patty in a wrap loaded with veggies.

In addition, all the vegan friendly items on the menu will also feature a new plant-based icon, making it easier for customers to choose their order.

Subway has also swapped its plastic salad bowls and lids for new sustainable cardboard salad boxes as part of its commitment to reducing the use of single plastics.

According to the fast-food giant, this change in packaging will eliminate about 461 tonnes of single-use plastic from its supply chain across Ireland and the UK.

Stores in the UK and Ireland will begin stocking the new packaging from Friday 30th October.

Share this story to let others know about Subway’s new vegan options.