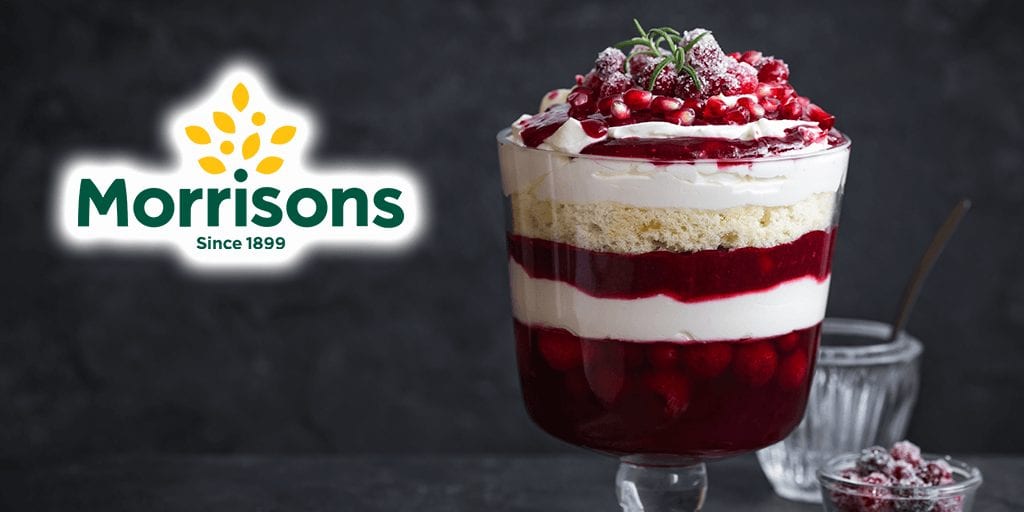 Morrisons’ new vegan trifle has been dubbed ‘the best’ by the value supermarket.

According to the retailer, the new Christmas treat made with strawberry sauce and boudoir biscuits layered with vanilla custard and vegan cream is the best tasting vegan trifle out there.

However, the food account revealing the news posted an image of the treat and asked: “But where’s the jelly?”

The trifle is priced at £7 but the launch date has not yet been revealed.

Morrisons described the new ‘Thick Cut Bacon’ rashers as the ‘perfect pairing to a butty on a Sunday’.

The protein and fiber-rich steak, made from seitan and mushrooms, gives the plant-based meat alternative a convincing meaty texture and a tasty, smoky chargrilled flavour, a supermarket spokesperson explained.

Morrisons added that the ‘flaky’ fishless fillets are made from fava beans and rice and are coated in a breading to give them their fish-like texture.

And while the Cumberland bangers filled with mushrooms, cracked black pepper and dried parsley lend a delicious and flavourful taste to the meat-free sausages, the spicy Chorizo-style bangers tempt with a smoky paprika, red chilli and garlic taste.

Share this news to let others know about the new vegan goodies launching at Morrisons.