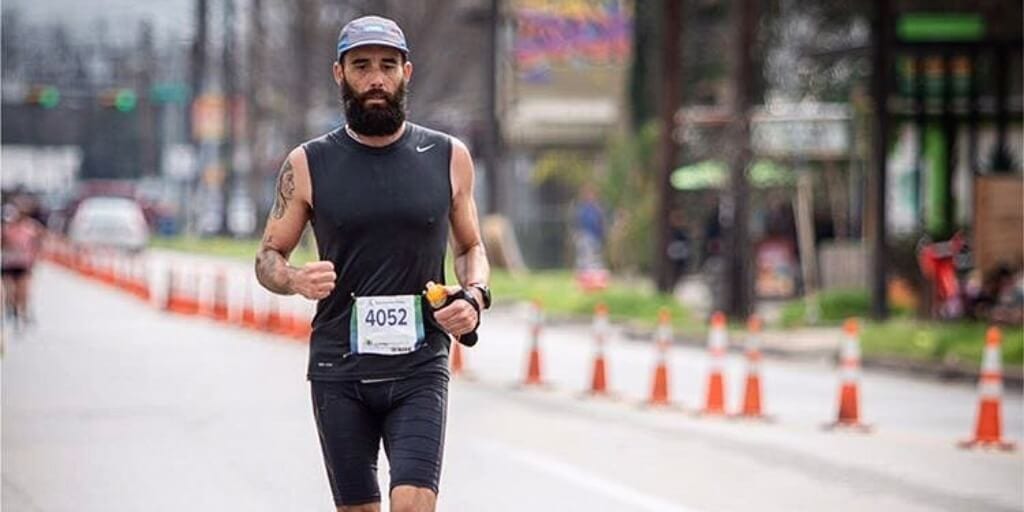 An American vegan ultrarunner has set a new record with a 100-mile run around central park.

The feat was sponsored by the New York-based men’s activewear label Ten Thousand.

It comes as part of the company’s ongoing Feats Of Strength series, in which a different athlete will be attempting a new record-breaking feat every month in 2021.

“I’ve run seven ultramarathons in four months. I’ve completed a 75-day, 3,200-mile transcontinental run across the US. But this is the most miles I’ve ever run in a single day,” Balenger commented on his new record.

“However, once I put forth this level of accountability, I have to see it through. My word is my bond.”

In preparing for this grueling ‘Feats Of Strength’ challenge, he said he focused on consistency- getting out there every single day.

He said he ran 10 miles everyday regardless of his schedule.

Discussing his diet, he said: “The only advantage of a plant-based diet from an athlete’s standpoint is digestibility. It takes less for my body to process therefore more of that energy gets to go to my legs.”

According to Balenger, “it’s the best thing that I can do for my body to perform at my highest level.”

Balenger began running eight years ago and switched to the vegan lifestyle in early 2018. He is the third vegan athlete to run across the country.

He completed the transcontinental run in 75 days – running 43 miles a day. His point was to be able to create conversations about better food choices and promote the efficacy of a plant-based diet.

“My goal is to inspire people all across this country to start paying more attention to what they put inside of their bodies and to be an example of someone who has made a radical change and feels better for it,” the athlete said.