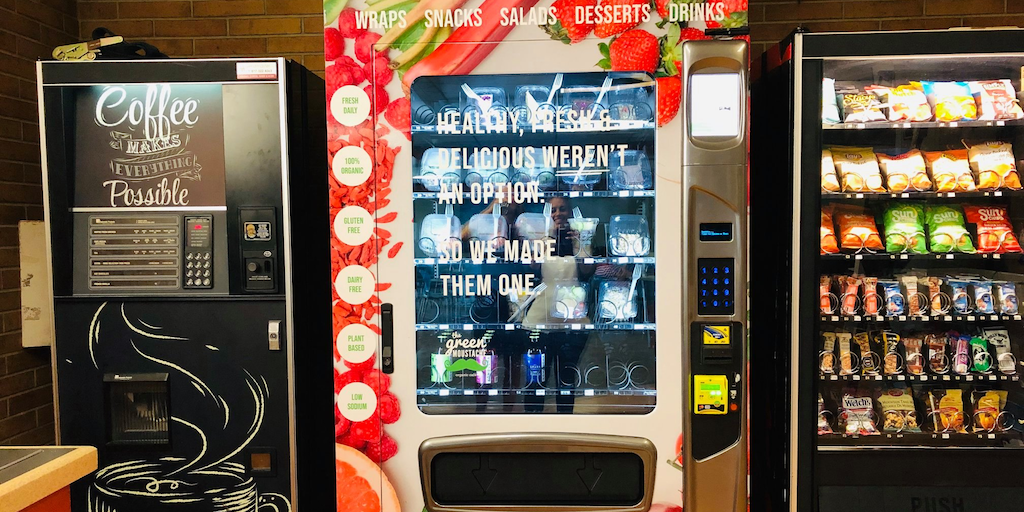 Vegan vending machines have been launched at hospitals in Canada.

Staff, patients and visitors can benefit from a variety of healthy plant-based snacks at any time of day or night thanks to the new initiative in Canada’s Lions Gate Hospital in North Vancouver, BC.

The Green Moustache Organic Café installed its vegan vending machine as part of the café’s pilot project which is hoped to spread nationwide.

The machine stocks 100 percent organic, gluten-free, plant-based items such as Buddha bowls, superfood salads, raw Pad Thai, veggie wraps, and desserts such as lemon cheesecake, chocolate brownies, and caramel date squares, which will be made fresh and delivered daily.

Nicolette Richer, Green Moustache Juice Inc. founder and CEO, said: “It has been a lifelong dream of mine to get Green Moustache food into hospitals—for healthcare workers and patients.

“Rates of chronic disease are at epidemic highs and access to nutrient-rich food is vital for helping Canadians stop the progression of chronic health conditions like type 2 diabetes, autoimmune disorders, heart disease, cancer, and more.

“Our vending machine addresses the much-needed convenience of access to quick and tasty meals that don’t compromise on nutrition and quality. It is a first step towards revolutionizing healthcare.” she added.

Richer wanted to open all-organic, plant-based restaurants in a number of British Columbia hospitals and while that deal is in the pipeline, she has successful implemented the vegan vending machine project.

She said: “It is honestly a much better option because we can get one up and running in a matter of days and it can technically provide the same volume of food we could provide in the café.”

She explained: “Normally they can’t access food 24-7 in the hospitals. They have to rely on the one or two restaurants that might be open in the community, which often results in gas-station food and things like that.

“I have a feeling that it’s going to be successful just based on the fact that people will be able to get all of our food, which they can warm up, for example, in their own kitchen.”

With this initiative, Richer and her team at Green Moustache hope to make healthy, sustainable, plant-based meals and snacks just as accessible as junk food normally found in vending machines.

What experiences of vegan food have you had in hospitals? Share your story in the comments below!