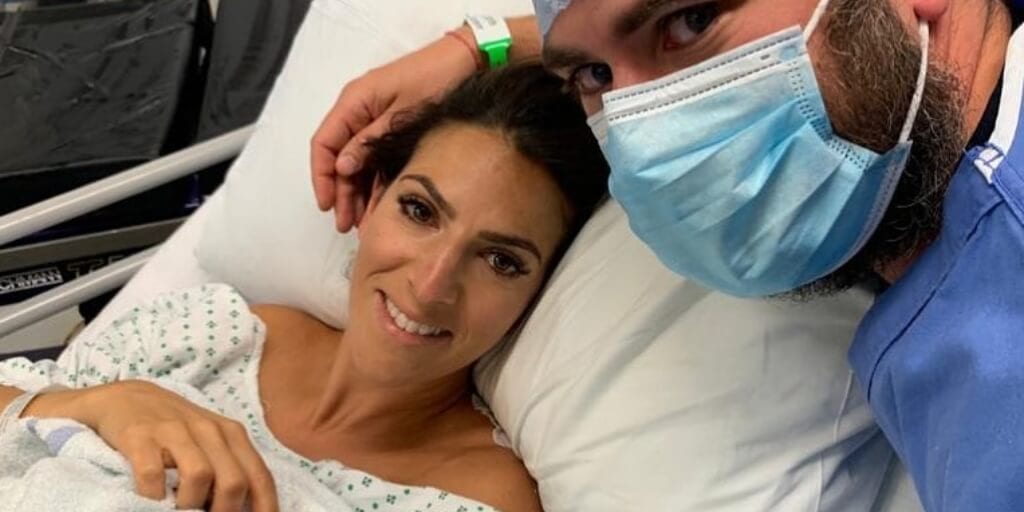 “He said the only thing I could put it down to is being vegan because there was no reason for my ovaries to come back on.”

A London based cancer patient recounts how going plant-based helped her give birth to her second child after doctors declared her ovaries were “dead”.

Gemma Isaacs, 33, was diagnosed with breast cancer in 2018 despite having no tell-tale signs when she got herself tested for the BRCA1 gene mutation due to a family history of cancer.

The presence of the gene hugely increases the risk of breast and ovarian cancer and Isaacs underwent radiotherapy and a double mastectomy after a positive diagnosis.

She also considered having her ovaries removed as the doctors said they were ‘dead’ anyway.

Isaacs told Tyla: “He scanned me and told me my ovaries were dead, basically, which was a really big blow.

“It was the worst thing someone told me the whole time I was having my treatment.”

However, Isaacs and her husband Daryll, who already have a daughter Ella, were determined to fight the situation.

Isaacs decided to switch to a vegan diet after researching ways to boost fertility and learning about the benefits of going plant-based.

She went vegan in July and within four months shocked her gynaecologist at the next appointment, who said she had “the ovaries of a different person'”.

Isaacs revealed that the doctor on examining her in November, said: “He said the only thing I could put it down to is being vegan, because there was no reason for my ovaries to come back on.

“But he still said I wasn’t going to fall pregnant. He was categorical about it. So I told him, ‘just watch me’.”

The couple later discovered that Isaacs was pregnant with miracle baby Jack, who they welcomed in August.

The breast cancer warrior has since removed her ovaries to avoid future complications but has co-founded a support group called BRCA Sisters to help young people affected by genetic cancers.