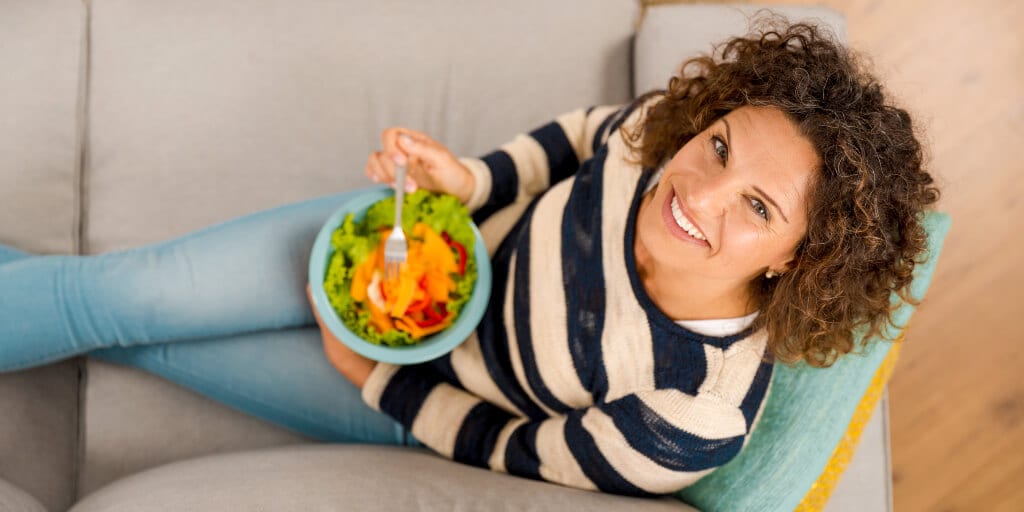 A survey of more than 11,500 Americans found that vegans are happier and meat-eaters with higher happiness ratings are more likely to go vegan in the future.

A new report suggests that vegans are happier than meat-eaters and pescatarians.

Research firm Tracking Happiness surveyed 11,537 Americans to study the connection between diet and mood in its study entitled- Eat Green, Be Happy includes: Evidence Of The Connection Between Veganism And Happiness.

Participants were asked: “If you look back at the last year of your life, how would you rate your happiness on a scale from 1 to 10?” (10 being very happy).

Additionally, out of the nearly 9000 omnivore participants, the ones with higher happiness ratings were more inclined to adopt a plant-based diet in the future.

‘Harmony between heart and lifestyle’

“Between the healthy plant food I was eating and the harmony between my heart and lifestyle, it’s no surprise I was happier and joyous.”

The poll also explored other aspects including the attitudes toward and acceptance of veganism and the motives for going vegan.

It found that people, who chose to be vegan mainly to help reduce their impact on the environment were the happiest.

‘Peace of mind and a clean conscience’

Commenting on the results, PETA VP of International Programmes, Mimi Bekhechi said: “It’s no wonder vegans are happier – by sparing animals atrocious suffering, helping to save the planet, and improving their own health, vegans can enjoy peace of mind and a clean conscience.

“If you want to join the happy v-gang, you’re in luck: going vegan has never been easier or tastier.”

The study also pointed out the changing image of veganism in the eyes of meat-eaters. Less than 15% of the respondents held a negative opinion of vegans.

In addition, 16% of meat-eaters said they were open to try or adopt a plant-based diet in the future.

‘Never been a better time to be vegan’

Francine Jordan,a spokesperson for the Vegan Society, added: “We’re not surprised by these findings at all. We know that the image of veganism is undergoing the most radical change in its history, while shedding some tired, old stereotypes.

“It’s no longer portrayed as an unusual lifestyle, it’s easy and accessible – you can walk into any supermarket and be greeted by a huge range of plant-based products or walk into any restaurant and be presented with an exciting vegan menu.

“There has never been a better time to be vegan and it’s great to see that vegans are much happier too!”