British vegans should drink cow’s milk to save the planet, claims food charity 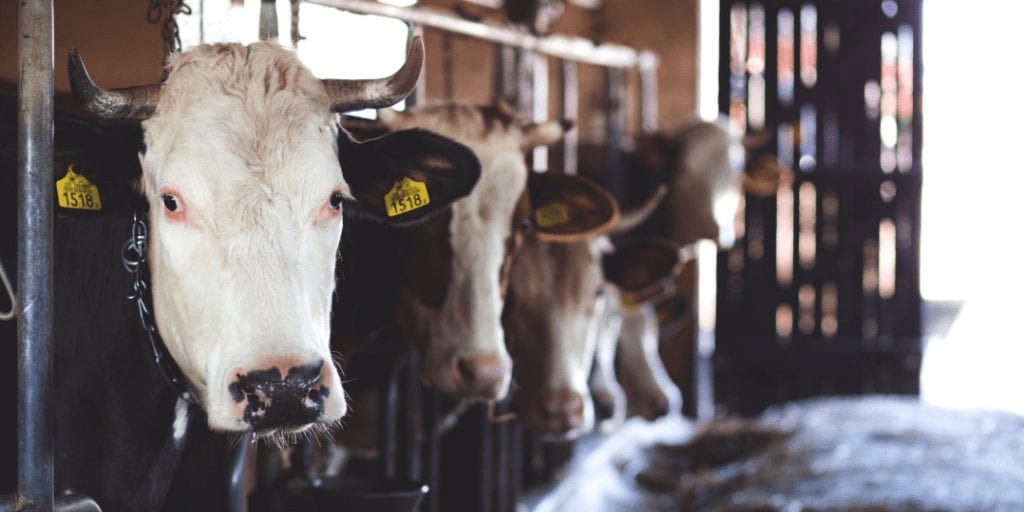 ‘It is not just up to farmers. Vegans and others who buy milk substitutes made from soya are also harming the planet’

The SFT’s made the bizarre comments following an investigation with Nottingham University that delved into the environmentally damaging impact of soya production.

The charity’s report highlights that global production of soya bean has doubled over the last 20 years and the demand is driven by human and animal consumption.

‘Vegans are harming the planet’

According to the authors, this ever-increasing demand is ramping up the destruction of rainforest in the Amazon and South-East Asia.

Citing a new study published in the Journal of Applied Animal Nutrition this month, the report states that milk produced from cows fed soya beans is more sustainable use of land than producing soya milk for human consumption.

The report argues that while a kilo of soya bean meal produces only 7.5 litres of soya milk, UK dairy cows fed the same amount of beans produce nearly 85 litres of milk and so, drinking cows’ milk would use 11 times less soya than consuming drinks made directly from soya.

The researchers add that dairy milk can become even more sustainable if cows are made to graze on pastures or fed diets that swap soya feeds with alternative protein sources including rapeseed meal, distillers’ grains and pulse grains, including beans and peas.

“It is not just up to farmers. Vegans and others who buy milk substitutes made from soya are also harming the planet,” the study claimed adding that “[Vegans] would do better to switch to milk from cows, and especially cows traditionally grazed on grass, if they want to help make a more sustainable planet.”

While the study promotes the use of alternative protein feeds and compares the output of milk from cows on soya meals and soya milk production, it does not take into account the proportions of soya used in each milk production. Nearly 2.5 million tonnes of soya beans are imported into the UK each year, and 90 percent is used to feed poultry, livestock and fish and only  10 percent is utilised to make plant-based drinks.

Furthermore, numerous scientific studies have repeatedly shown the eco-damaging impact of producing cow’s milk on land and water, as well as higher CO2 emissions and the inherent cruelty of dairy farming.

Toni Vernelli from Veganuary, also told the Times that the study was wrong to consider cow’s milk a more sustainable option.

“Most of the environmental impact of cow’s milk comes from the cows themselves – in the methane they belch and fart out – not from the feed they eat,” he said.

“Pasture-fed cows require even more land than those in intensive systems who are fed on soya, so from both a climate change and land-use perspective the claim lacks all credibility.”

Share this story to let others know about the bizarre study that recommends vegans should drink cow’s milk to help save the planet.